Best of travel: The foodie revolution hits the Maldives 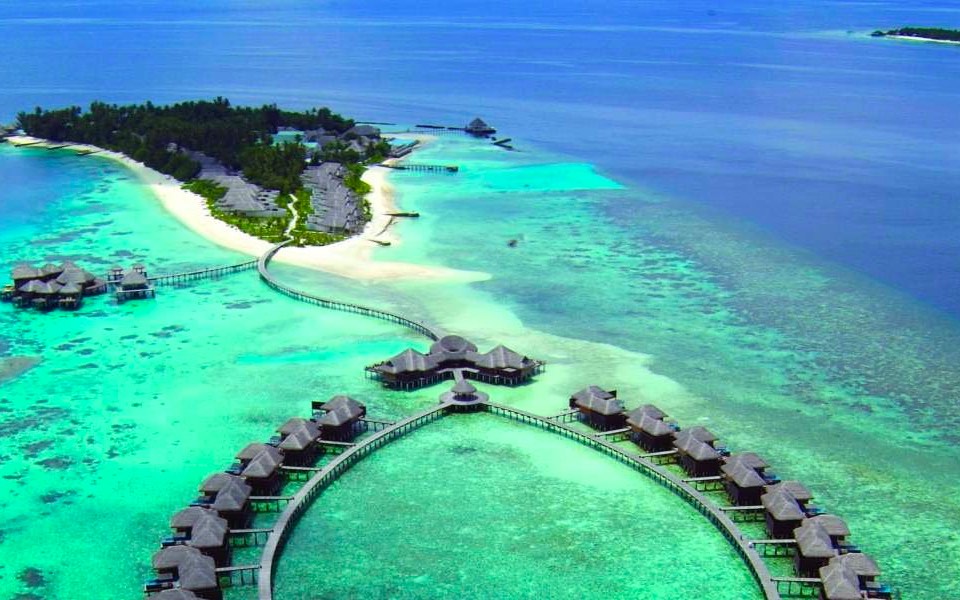 To tide us over until we’re able to travel again, we’re republishing classic travel stories from our archives. Today we revisit Melissa York’s trip to The Maldives.

A friend once told me, in total bafflement, about a couple who left their honeymoon in The Maldives early. They were bored, she said, in the midst of the Indian Ocean, so changed their plans and spent the rest of their trip browsing the street markets of Sri Lanka. They should be declared insane immediately; why would anyone flee paradise?

Read more: How Bloodborne dragged me through the dark days of lockdown

When I heard this story, I hadn’t been to The Maldives but I shared in a collective vision of it as the ultimate beach destination. It wasn’t a place people went on holiday, it was something they won on TV game shows. But I sort of understood where those newlyweds were coming from: I like immaculate coastlines and guaranteed sunshine as much as the next pale Englishman, but what else does this clutch of mostly uninhabited islands have going for it?

It was with this in mind that I visited Coco Bodu Hithi, a five star retreat about 40 minutes away by speedboat from the capital Male. This year it enticed three British chefs nearly 5,600 miles from their Michelin-starred restaurants to host its first food festival, Savour 2015. If that doesn’t convince you that British cuisine has gone up in the world, then I don’t know what will.

The management at Coco Collection – the hotel operators – contacted Nigel Haworth to pioneer the annual event. Fans of the BBC’s Great British Menu will know him as a winner and mentor on the programme, while dedicated foodies may have visited Northcote, his restaurant in Lancashire that has held on to its Michelin-star since 1996. He brought two more chefs along for the ride; Aktar Islam, head chef at the award-winning Lasan curry house in Birmingham, and Andrew Pern, head chef at The Star Inn, one of the best restaurants in the north of England. So what could the champions of the Lancashire hotpot, the Brummie curry and the Yorkshire pudding bring to the table in 30 degree heat?

The Maldivians aren’t known for their cuisine because, apart from tropical fruit, not a lot grows there. Mas Riha, a coconut milk curry with native skipjack tuna, is probably its most famous dish. Like Britain, the best produce is imported from neighbouring countries. This meant that each of the chefs had to meticulously plan a masterclass for the resort’s guests, an evening tasting menu and a 10-course feast fit for a private island. If they forgot something, it simply had to be left out.

In-between mouthfuls, I was staying in a Coco Residence, one of 24 wooden villas propped up in a circle in the shallows of the ocean. It’s a fair walk away from the resort’s six restaurants (Air, Aqua, Latitude, Stars, Tsuki and Wine Loft) – it’s certainly not lacking privacy. Each residence has a living room, his ‘n’ hers bathrooms, a vast bedroom with a walk-in wardrobe and, best of all, a private decking with an infinity pool and stairs down to the ocean. This freed the beaches up, with each stretch of sand only hosting a couple of deckchairs.

The resort also has a full-time marine biology team and encourages guests to explore the coral reef. There’s even a waterproof camera in the room so you can snap away at the markings on passing turtles and submit your work to the resort’s turtle identification project.

Not only did a guest discover a new turtle during my stay, I also saw a turtle hatching. On the way to Aktar’s modern Indian banquet, there was a huddle of curious honeymooners cooing at the ground. Upon closer inspection – and a chat with the marine biologist – it appeared a turtle who’d probably been born on Bodu Hithi around three decades ago, had returned to her birthplace to bury her eggs.

The resort is less than ten years old, so Mother Turtle got a bit lost, laid her eggs in the soil and her newborns were unable to find the ocean. While us pesky tourists had undoubtedly waylaid the turtle’s plans, there were plenty willing to help her young, which were flipping about in a frenzy, back into the water.

It felt like an extraordinary moment, but sights like this are fairly common in the mid-ocean, which is, after all, nature’s turf. Coco Collection’s most recent enterprise, however, is the antithesis of common. The resort’s exclusive accommodation has proved so popular that the company’s taken seclusion to the next level and bought one of The Maldives’ many private islands.

Coco Prive is a 15 minute boat ride away on the island of Kuda Hithi. It’s made up of five bedroom suites and a master villa, sleeping 12 people in total. The rates – which can reach an eye-watering $34,000 a night in peak season – are enough to make Branson blush. But it’s not just a luxury resort, it’s a completely customised experience. According to the island’s manager, it gets most of its trade from celebrities celebrating special occasions and owners of yachts making their way round south east Asia. The price pays for a team of butlers, chefs and spa therapists to be at your beck and call day and night, organising BBQs under the stars, personal snorkelling expeditions and, in my case, a one-off 10-course dinner to celebrate the resort’s first food festival.

Even the chefs thought it was “rather a lot of food”, and after the masterclasses and dinners, it bordered on Se7en-style torture. The clear winner of the night was Andrew Pern’s foie gras toad-in-the-hole, complete with diced carrots and beef gravy. I probably sweated out more calories than I consumed eating it in the 30 degree heat, but it was worth it to see the Germans present declare a newfound undying love for the humble Yorkshire pud.

At the end, the chefs came out and took a bow, dripping with perspiration, and extolled the super-human endurance of their counterparts in The Maldives, who looked pristine in comparison.

British cuisine may not be best-suited to the climate in this part of the world, but it’s clear our love of the summer festival is. You don’t need me to tell you about the crystalline waters and blazing white beaches of The Maldives, but the arrival of the foodie experience in paradise is definitely something to shout about.