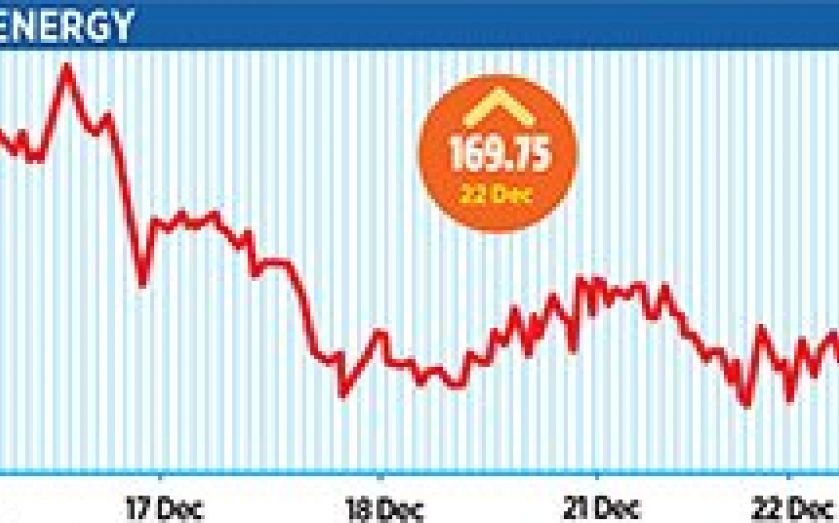 Arden Partners have lowered its rating on Ankara-headquartered energy firm Genel Energy to “neutral”, due to an expected significant fall in production in the fourth quarter. Analysts reckon the fall in oil prices could mean export payments are under threat. However, Arden still sees strength of Genel’s balance sheet (which includes $481m of cash) and the value of both its oil and its gas assets in Kurdistan.

British Gas owner Centrica has been given a “buy” rating by analysts at Whitman Howard, with a price target of 346p from 210p currently. Despite Centrica having a poor time recently, the worst performing for the UK Utilities, down 24 per cent year-to-date, analysts remain optimistic for 2016. Centrica’s year end trading update on 10 December stated that the Group had made good progress in recent months.