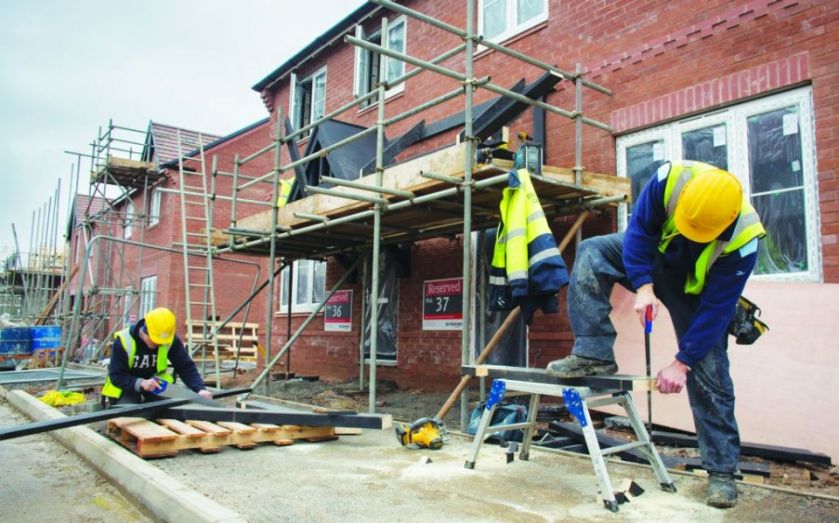 Housebuilding giant Berkeley Group Holdings said yesterday that the prospect of an interest rate hike may help ease the pressure on London’s rising house prices, which have been fuelled by a lack of available homes in the capital.
Data from the Office of National Statistic yesterday showed that wages have risen at their fastest rate since the crisis, prompting speculation of a sooner-than-expected interest hike.
Speaking alongside the company’s results yesterday, Berkeley’s finance director Richard Stearn played down the impact of a prospective rate rise on the housing market.
“There’s an argument to say that a little bit of an increase in interest rates might help reduce the price inflation that we continue to see. With interest rates so low I think that is feeding a little bit of the price inflation that we see,” Stearn told City A.M.
“Mortgages are already extremely affordable and actually maybe what we need to do is perhaps stem the price inflation to address that balance,” he added.
Shares in the London-focussed housebuilder, which is delivering around a tenth of all new homes in the capital, soared by 10 per cent last night after reporting a 42 per cent leap in pre-tax profits to £539.7m in the year to 30 April.
Revenue grew 30.8 per cent to £2.1bn, thanks to the sale of 3,355 new homes at an average selling price of £575,000. The number of sales was down slightly from 3,742 last year, although that figure included the one-off disposal of 534 properties from a rental fund.
Chairman Tony Pidgley said he welcomed the political stability following the Conservative victory in last month’s General Election. However he warned of further political uncertainty with the London Mayoral Election and referendum on Britain’s relationship with Europe on the horizon.
He stressed that the UK’s continued membership of the EU was “the best way for London to remain a world city” and was a “critical factor” in addressing London’s housing shortage.

Recent reports from the Royal Institute of Chartered Surveyors (Rics) have highlighted a growing problem for the UK housing market: not just the well-documented shortage of new homes being built, but also a lack of existing home owners putting their homes up for sale. Since February there has been a slowly widening gap between the number of new vendors putting their houses up for sale and people looking to buy a house, which rose sharply in last month according to Rics.
There also came a warning yesterday from Lord Kerslake, one of the sector’s leading experts on planning , who used his House of Lords speech to warn that the UK’s failure to build enough homes was one of  the “biggest public policy failures of the last 50 years”.
Housing is now at least firmly on the agenda, with David Cameron pledging to increase the number of homes being built. However housebuilders have stressed that recent measures have boosted demand rather than construction. Telford Homes boss Jon Di-Stefano said last month that more needed to be done to support the “supply-side” of the market if housebuilders are to deliver more homes. Most estimates say the UK needs around 250,000 new homes to be built each year to meet demand. Last year’s figures fell short of that, with just 141,000 homes built. However, with the election out of the way and a relatively strong market, housebuilders have been ramping up their targets. Crest Nicholson said this week it plans to build 4,000 more homes by 2019. While more needs to be done if the country is to meet demand, robust figures from the likes of Berkeley are positive steps toward easing today’s chronic undersupply.
Share
Tags: Berkeley Group Holdings Company London house prices UK interest rates