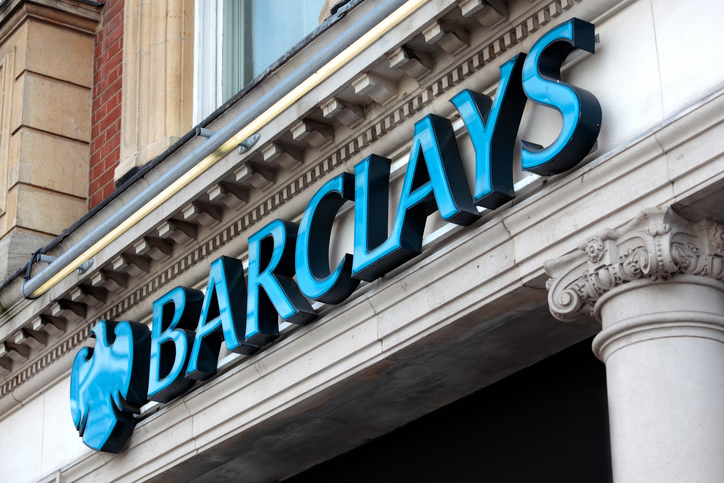 In a bear trend since 2007, Barclays has won over the market with this update, at least temporarily.

These numbers from Barclays (LSE:BARC) have been well received on the basis of "jam tomorrow", as the high street bank continues to suffer from litigation and conduct fines, whilst growing strongly excluding these charges.

The increase to the dividend, where the projected yield is around 5%, was accompanied by a pledge for future returns to shareholders. In particular, share buybacks should become a feature as the bank throws off the shackles of its legacy regulatory misdemeanours.

On an underlying basis, many of the metrics have improved at a clip, such as the return on equity number (especially Barclays UK), earnings per share and pre-tax profit.

Outside of the charges, the cost/income ratio has also improved slightly, although at 66 per cent it remains rather higher than where the bank would like it to be. Ongoing investment into the business, particularly in the digital space, is becoming possible as the viability of technology development improves as the bank controls its other expenditure. Less positively, the bank has felt the need to make a provision for economic uncertainty arising from Brexit, whilst its impairment charge has increased by 5 per cent.

The capital cushion remains sufficient, although it has slipped slightly, and regardless of the underlying improvement to the profit number, it remains below estimates.

A decline in income in the investment bank follows on from a treacherous year in the markets, especially the fourth quarter, although when compared to some of its peers it is holding up relatively well.

Investors are choosing to look through the litigation and conduct issues which have blighted these numbers, and focus instead on the progress the bank is making.

This is in contrast to the share price performance, which has suffered a 20 per cent decline over the last year, as compared to a 0.7 per cent decline for the wider FTSE 100 index, and a drop of 12 per cent in the last six months alone.

As such, with brighter prospects emerging, the general market view remains positive and comes in at a 'buy'.

Analysts at UBS are among the buyers. They think Barclays shares could be worth as much as 235p, implying 40% possible upside.

It points out that fourth-quarter adjusted profit before tax was 2 per cent, or £9 million ahead of consensus estimates in a tough quarter. Revenue was also a 2 per cent beat.

"Given weaker-than-forecast [Investment Bank] prints at RBS and HSBC, we think the market will have feared worse and we expect a positive price reaction today."