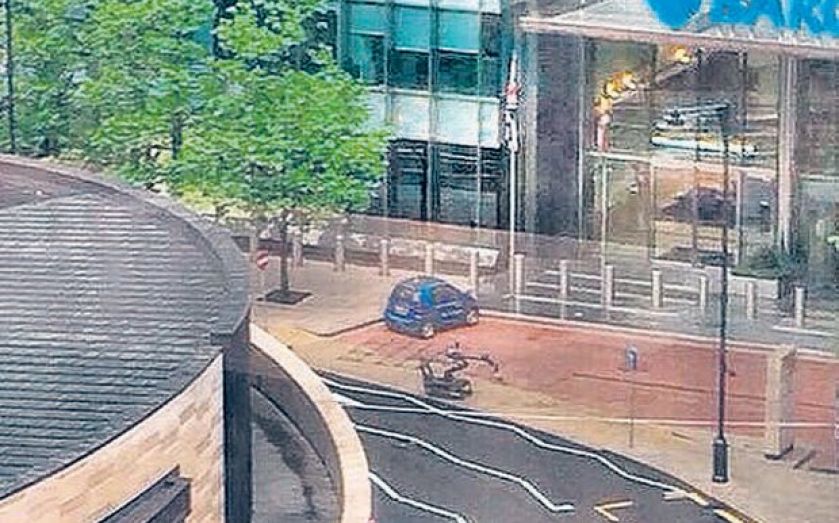 STAFF at banks including Barclays and HSBC were briefly shut in their offices yesterday morning as a suspicious package was investigated in Canary Wharf.

An area including the Waitrose supermarket was closed off by police at around 9am when police were called to Barclays’ headquarters, near Churchill Place.

Officers sent in a robot to study the parcel which had been left on a bike in the docklands.

It was found not to be dangerous and a controlled explosion took place. The area was reopened after the incident was ruled a false alarm. Canary Wharf Group which operates the estate said that safety cordons were installed and maintained throughout the incident.

Citigroup, Credit Suisse, JP Morgan and Morgan Stanley all have headquarters located close to where the controlled detonation took place.

The scare came days after the 20th anniversary of the IRA’s Canary Wharf bombing in 1994.