US banks are paying their London staff a higher bonus on average than their UK counterparts.

While there's no official data on banker bonuses, surveys such as this one – based on the submissions of 189 front office directors working across 16 banks – help shed some light on the rewards.

Goldman Sachs dishes out the biggest bonuses, but rival JP Morgan is the most generous when it comes to overall compensation Emolument said.

And in most cases, banks that give the biggest bonuses are also the ones offering the best salaries. 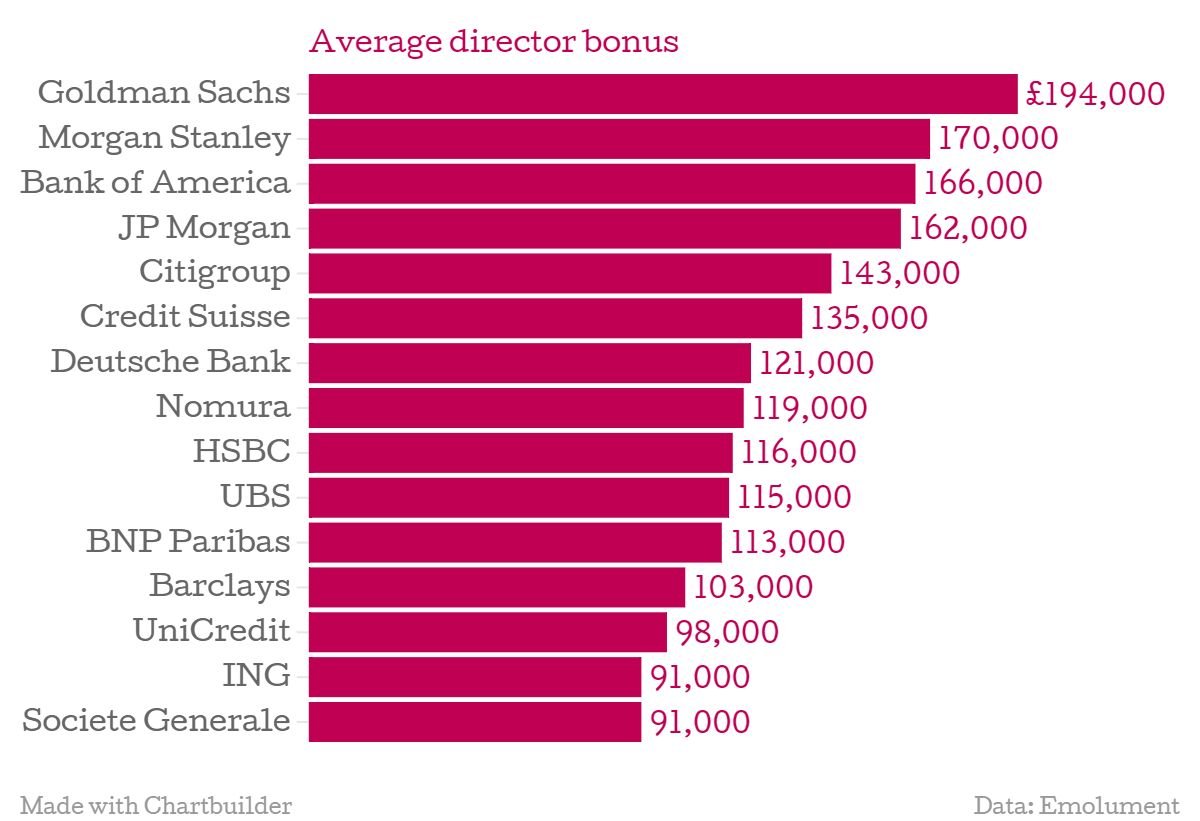 This is because bonuses increasingly tell us less about the size of a banker's pay packet thanks to European Union legislation, which stops bonuses from being more than 100 per cent of base salary, or 200 per cent with shareholder approval.

"Continuing a trend established in the last few years, we expect to see base salaries shoot up in order to circumvent bonus cap regulations, especially at director and managing director level where employees expect to see their total compensation increase substantially from previous titles," Alice Leguay, co-founder and chief operating officer of Emolument, said.