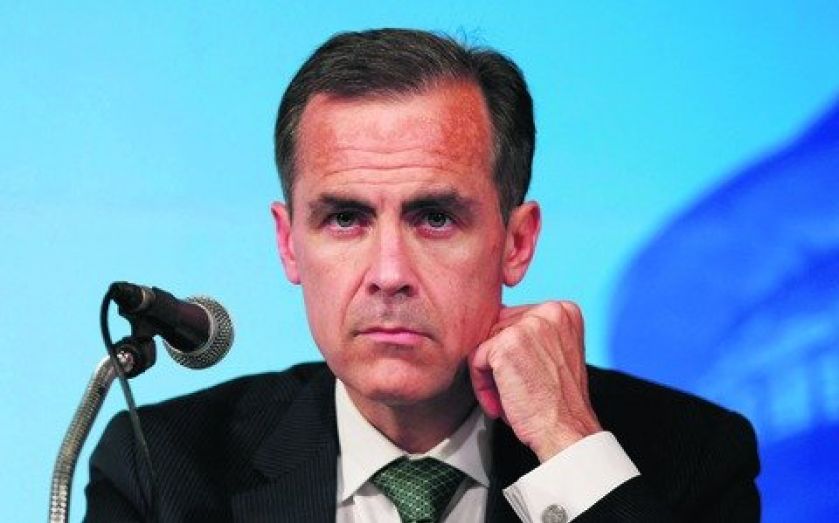 ON WEDNESDAY, the Bank of England’s quarterly inflation report will be released, alongside an assessment of the advantages and pitfalls of new unconventional tools for monetary policy.

Chancellor George Osborne will then confirm whether the suggestions of the Bank are suited to the remit of the monetary policy committee (MPC).

Many expect Mark Carney, the new governor of the Bank of England, to formally endorse a policy of forward guidance, promising to keep interest rates low for the near future, rather than simply for the month ahead. The MPC has already said it does not believe rates will rise soon.

However, the bank may also institute a target to indicate what state the economy should be in before interest rates are raised or quantitative easing is unwound.

One of the main contenders for a new tool is an unemployment target, set at around 6.5 or seven per cent, aping the current policy of the US Federal Reserve, as suggested by Berenberg, Daiwa Capital Markets and Capital Economics.

The remit for the MPC was changed at the time of the last budget, but the chancellor was insistent that the alterations did not allow the Bank to ignore inflation. Though it has been above target since 2010, two per cent inflation remains the primary goal of British monetary policy.

Some economists have suggested that the MPC should apply other targets, untested by central banks. James Zuccollo, senior economist at think tank Reform, commented:

“One option for an intermediate target would be a nominal GDP target of five per cent, which would be consistent with two per cent inflation and three per cent growth, the UK’s long-term trend”

He added: “We need something to lift growth expectations and alleviate the slack in the economy: what we’re seeing as green shoots at the moment is just the possibility of seeing growth below trend in the next couple of years, and that’s a huge economic disaster”.

Given the upswing of the economy since the chancellor ordered the assessment in March, it is possible that the MPC will reject calls for a specific new threshold as too risky for the UK’s already above-target inflation. Some economists have also suggested that new targets are missing the reasons for poor levels of lending by banks.

Professor Patrick Minford of Cardiff Business School suggested that the Bank needed to keep its inflation target, and that lending problems could not be easily tackled with new targets: “I think that the time has come to get monetary policy normalised, and to get a grip on bank regulation, rather than flooding the economy with ever more liquidity”.

He added: “We need to have a complete rethink really. I’m hoping Carney will be able to see the problem. I’m glad Vince Cable seems to have identified it in his comments about restrictions on capital”.

If the experience of the US is mirrored, Carney and the committee’s decisions will weigh heavily on financial markets, sterling and much of the British economy for some time to come.