No change at the Bank as MPC split speculation mounts 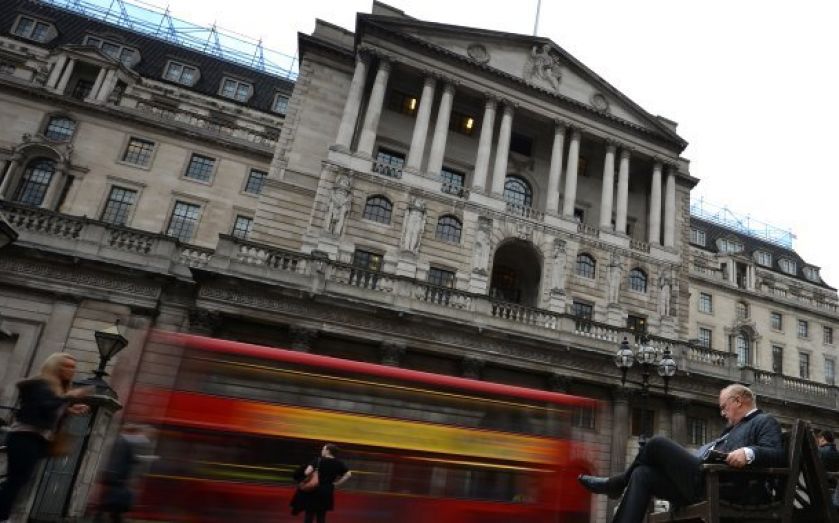 The Bank of England is still sitting on its hands, but many are speculating that the days of 0.5 per cent interest rates are increasingly numbered.

The Bank's monetary policy committee (MPC) again voted not to touch interest rates, but there has been much speculation that a minority of the nine-person committee may have voted for a hike.

The decision has not surprised anyone and the minutes (released in two weeks) and any evidence of a split will be more interesting.
Barclays, Oxford Economics, BNP Paribas, Berenberg, Investec and a range of others are now expecting a rate hike this year – probably at the November meeting.
The current run of unanimous votes on the MPC is unprecedented in the committee’s history, and analysts are watching closely to see which policymaker breaks ranks and pushes for a tighter stance.
Analysts as Investec Economics agreed that the strength of the UK recovery pointed to a late 2014 hike but that this meeting was likely important in defining the date for a likely change.
Dominic Bryant of Market Economics said that the real news would be reserved for next week, when the Bank releases its inflation report. Along with wages and employment, a rate rise is closely tied to inflation, which the Bank aims to keep at two per cent. Said Bryant:

The real news on the Bank’s thinking will come in next week’s inflation report. The key issue that the Bank will need to tackle is the continued subdued pace of nominal wage growth despite above trend growth, strong employment increases and a brisk pace of decline in unemployment.