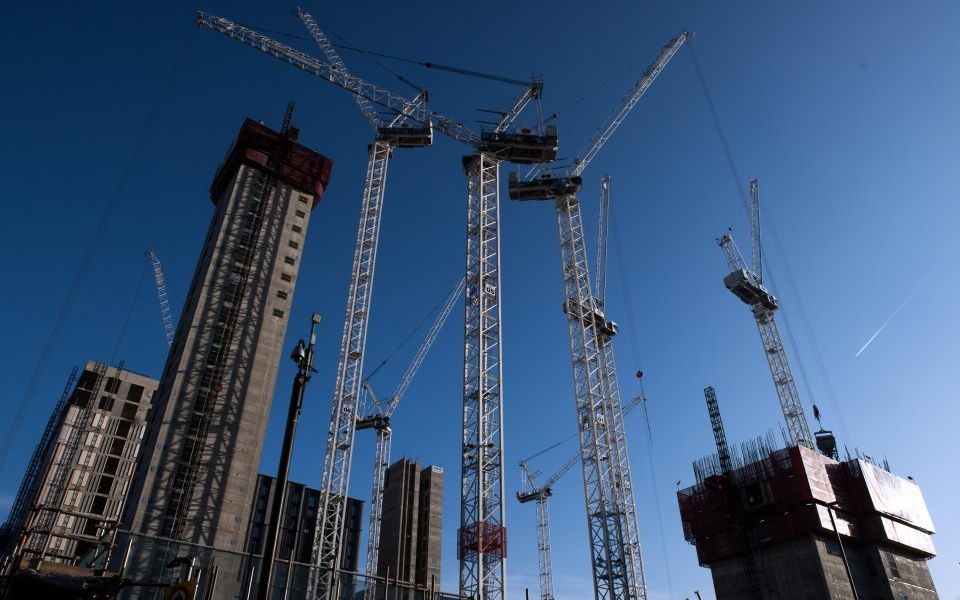 The biggest constructor in the UK reported an increase in profits and an order book growing more than a tenth year-on-year in its 2018 results, prompting shares to rise 1.2 per cent in morning trading.

When chief executive Leo Quinn arrived at the firm in 2015, it had nearly 100 problem contracts on the books. In today’s update, the firm said just five remain.

Balfour’s work in the UK includes contracts on HS2, Crossrail and the Hinkley Point C nuclear power plant. It said it had suffered £29m in costs on the Aberdeen bypass contract it shared with Galliford Try, which was handed over to Scotland’s transport authority in February, more than a year after it was due.

But £10m of this was down to fulfilling Carillion's obligations on the contract. Carillion had originally been tasked with building the bypass, but when it went bust last year Balfour and Galliford Try were drafted in.

Quinn told City A.M. Balfour was planning to increase its 1500 staff base by 50 per cent over the next three years, as the firm kicked on from the turnaround of the last three years.

He added the firm had taken a hit on revenue as part of the strategy to become leaner.

"We've contracted by a billion pounds wheras most competition has continued to grow top line," he said. "That competition by contrast has ended up with cash flow problems – as you've seen with Interserve and Kier. Whereas we've not had those problems."

Quinn added: “We continue to strengthen the Group and meet our targets. The businesses are back at industry standard margins, underpinned by a strong balance sheet and asset base.

“But Balfour Beatty’s transformation goes well beyond resolving the issues of forced growth. We have relentlessly invested in capability and leadership to forge a culture which provides sustainable competitive advantage through standardisation of our systems and processes, on a reducing overhead base.

“This gives us a scalable platform to drive profitable managed growth. With this internal momentum and our positions in large growing infrastructure markets, we are well placed to deliver market leading performance.”