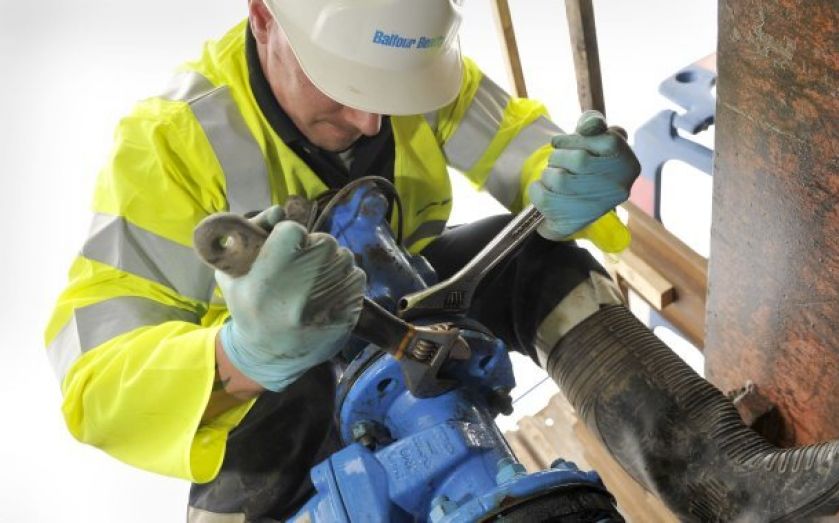 Balfour Beatty has secured a major deal with Thames Water to maintain and install water infrastucture across the utility firm's network.

The five-year project is a joint venture with Skanska and MWH Treatment (known as SMB). The contract as a whole is worth £800m and will be worth around £265m to Balfour Beatty.

Once it has come to an end, there will be an option to extend the contract for a further five years.

This comes at a crucial point for the construction firm, which in January issued yet another profit warning and cancelled a £200m share buyback scheme.

Last month it appointed Philip Harrison as the new finance boss, following the arrival of a new chief executive – Leo Quinn – after Andrew McNaughton stepped down in May following a third profit warning in three months.

Prior to that, KPMG was brought in to investigate a £75m profit shortfall.

Quinn was optimistic about the new deal:

Through our joint venture and by collaborating in the alliance, we bring our deep expertise to bear on this major investment in water infrastructure.

This contract will help to ensure the resilience of the vital water infrastructure in Greater London and the Thames Valley for future generations. Balfour Beatty is committed to support Thames Water in delivering on its commitments to its customers and the regulator.

Share price was unaffected by this morning's news, remaining flat at £2.22.