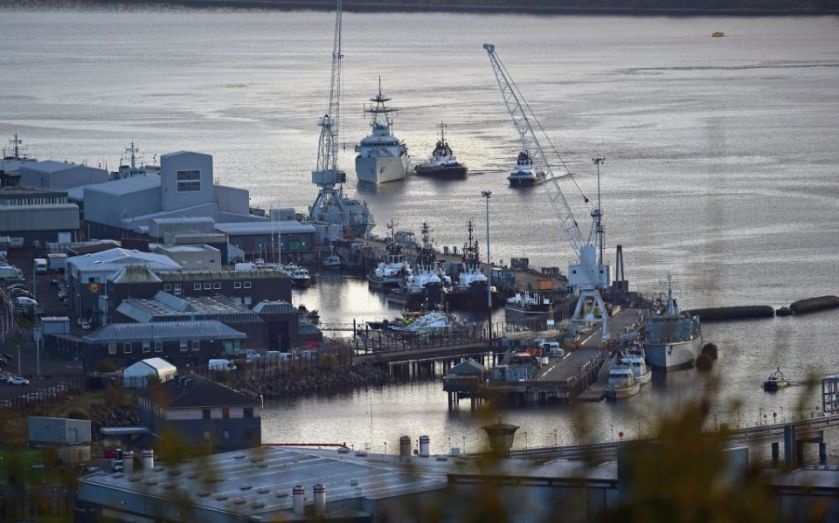 Defence giant Babcock has reported an increase in pre-tax profit for the first half in line with expectations, as a strong performance from its marine business offset weakness in its aviation division.

Babcock reported a 134 per cent increase in statutory pre-tax profit, which rose from £65.1m to £152m for the six months to 30 September.

Read more: ‘As expected’ at Babcock as firm looks to new frigate contract for boost

Babcock announced an increased interim dividend of 7.2p, up slightly from 7.1p for the same period a year earlier.

Babcock said it expects underlying revenue for the year to be around £4.9bn, and underlying operating profit to be between £540m and £560m.

The defence firm reported a drop in profit on an underlying basis, which fell from £279.6m to £250.6m. Babcock said this fall was driven by the impact of step downs as a series of big contracts came to an end.

Babcock’s shares were down 1.69 per cent at lunchtime following the news.

Babcock was boosted by winning a £1.25bn contract with the Ministry of Defence build five new frigate. Work on the ships, at Rosyth in Scotland, is due to begin later this year.

Overall, the company secured around £3.5bn worth of contracts in the first half, and said its combined order book and pipeline grew 10 per cent between March and September, hitting a record £34bn.

“Today’s results show we are doing what we said we would do. Our delivery in the first half is in line with our expectations, with good performance across most of the Group,” said chief executive Archie Bethel.

“Our strategy is delivering,” he said. “We have continued to expand our international footprint, with new Aviation operations in Norway and Canada and the start of our support of the Australian Navy’s amphibious assault ships. And our pipeline of opportunities has increased to £16 billion as a result of increased bidding activity across our markets. Our combined order book and pipeline of over £34 billion is at its highest level ever.”

“I am pleased with the progress we’ve made so far this year and we look forward to continuing to deliver our strategy through this year and over the medium term,” said Bethel.