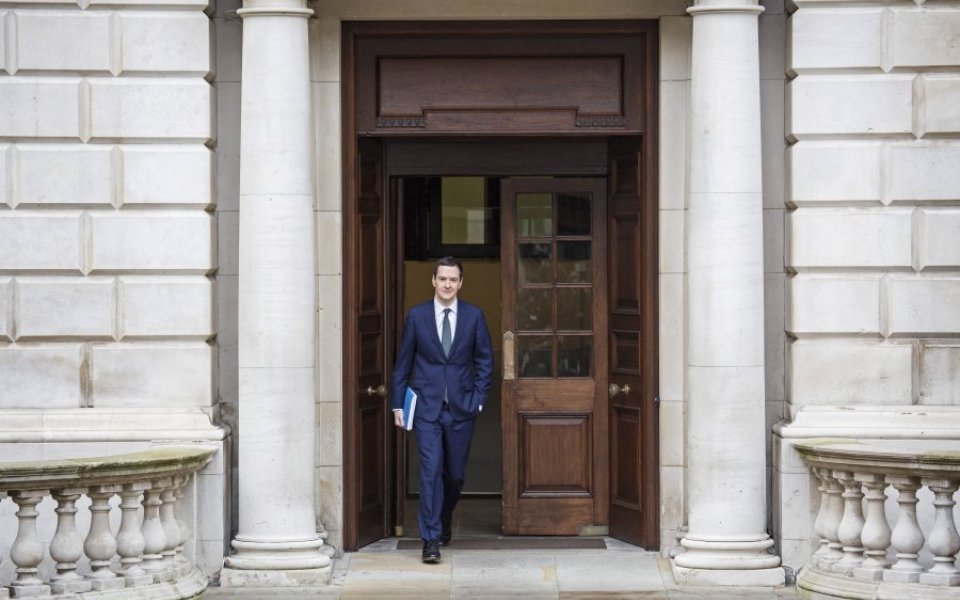 Meanwhile, he u-turned on reductions to tax credits, saying they will "remain unchanged", after the government faced rebellion from its own party over the changes.

Osborne scrapped the £4.4bn cuts altogether, rather than delaying their introduction, as expected. In October, Osborne's tax credit changes were defeated in the House of Lords when they voted to delay tax credit cuts.

Addressing another controversial tax, Osborne stopped short of ditching tax on tampons, saying EU rules mean the UK must charge VAT. However, he said the £15m it generates will be ploughed into charities.

He also scrapped the uniform business rate, saying elected mayors will have the power to determine business rates in their local areas.

Osborne had a dig at the Scottish National Party (SNP) by pointing out that with earnings from oil forecast to fall 94 per cent this year, an independent Scotland would be significantly less well off than it is now.

Meanwhile, the Office for Budget Responsibility's (OBR's) predictions for UK growth suggested it will be very slightly higher than thought next year, hitting 2.4 per cent this year, as expected, then 2.4 per cent next year – up from 2.3 per cent previously expected.

The OBR also changed the way it measures UK debt – which lowered the debt forecast to 82.5 per cent of GDP in 2015, from 83.6 per cent forecast in July. It will then fall to 81.7 per cent next year, and 71.3 per cent in 2020. That was partly caused by lower debt interest payments, Osborne said, adding it was a £27bn "improvement" in the UK's finances.

Osborne said the government will deliver the £12bn in savings it promised at the election, but added that "our debts are too high".

Shares in housebuilders soared in anticipation of the changes today – with Taylor Wimpey leading the FTSE 100, rising 5.7 per cent in lunchtime trading, while Persimmon rose 5.5 per cent, Barrat rose 4.9 per cent and Berkeley Group rose 4.4 per cent. 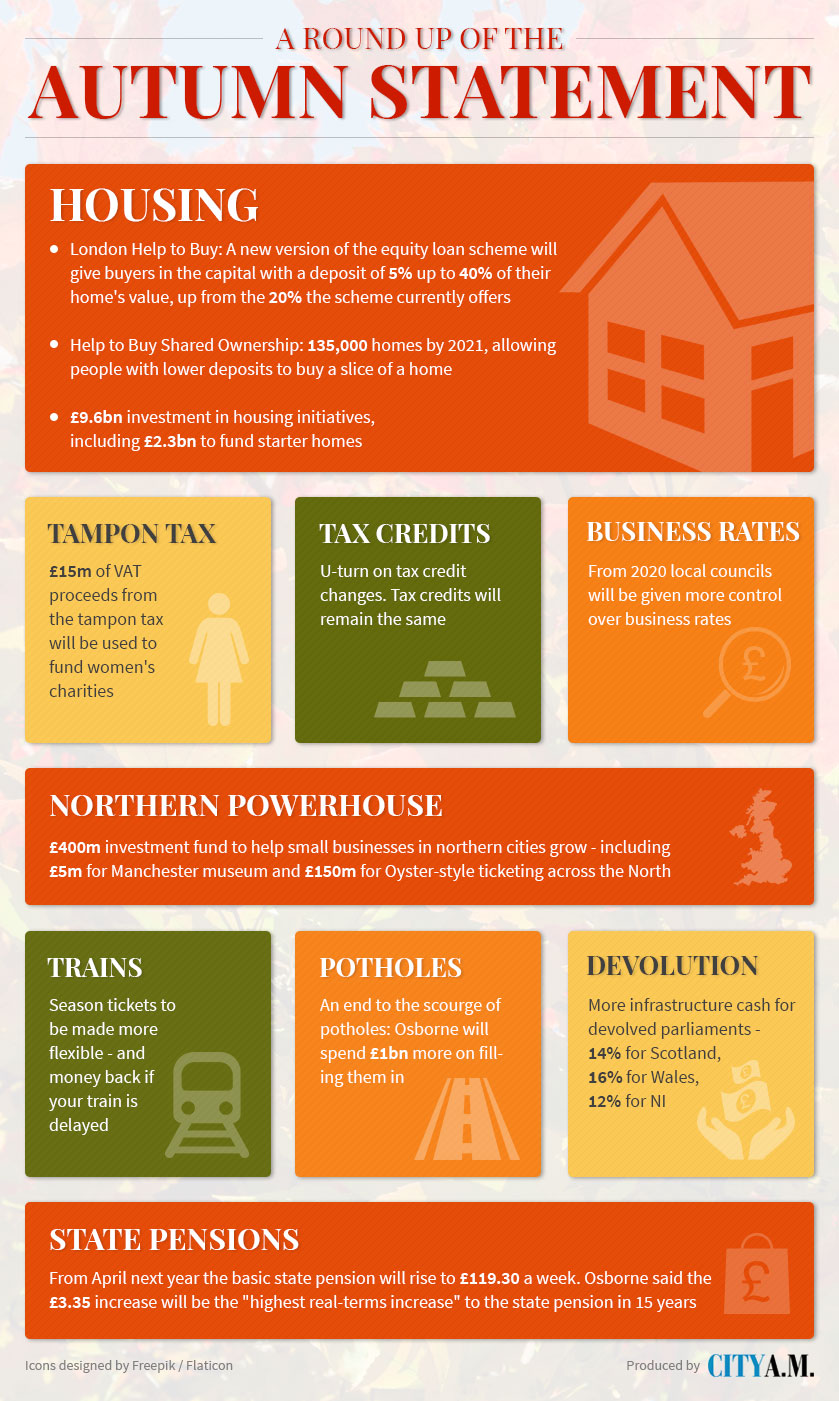