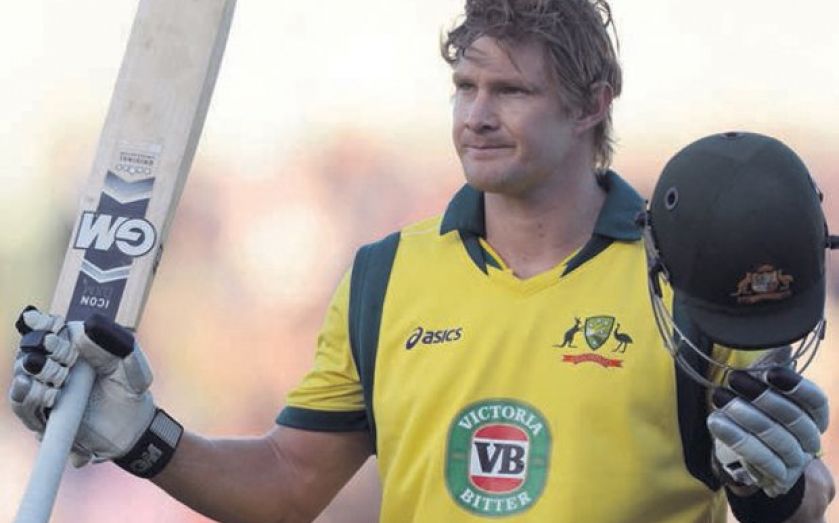 AUSTRALIA batsman Shane Watson hit his seventh one-day international hundred to earn the tourists a 49-run win over England in the ODI series decider at the Rose Bowl.

Watson, batting at three, scored a magnificent 143 off 107 deliveries before being dismissed by the impressive Ben Stokes (5-61).

However, Australia’s total of 298 all-out left England needing to complete a record run-chase to win.

And Eoin Morgan’s side fell short, being bowled out for 249 with two overs to spare.

The England captain acknowledged Watson’s exemplary innings was the difference, but was pleased with the performances of his younger players.

“We did well to restrict them to under 300, but lost wickets continuously and no-one played a big innings for us,” said Morgan.

“But we’ve learned a lot from the young guys coming through. Chris Jordan, Boyd Rankin and Ben Stokes were excellent.

“It’s been really interesting and a great opportunity for me as captain. I’ve enjoyed the young guys coming through, they have added energy to the squad and been fantastic.”

Australia, having failed to win a Test match during the Ashes series, return Down Under today with their tails up.

And captain Michael Clarke, who scored 75 yesterday and was named man of the series, said the importance of the triumph for his team should not be underestimated.

“This series to a lot of people doesn’t mean much, but to this team it is very special,” he said. “We’ve worked very hard and this is a nice reward.

“Credit to Shane Watson. To be able to play like that in what was a final for us was outstanding.

“We want to be the No1 one-day side in the world, so we have to keep winning matches.”