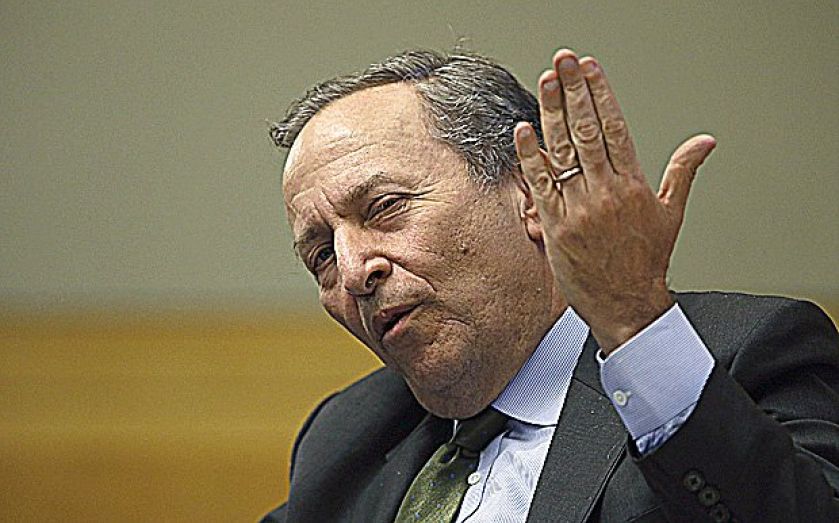 THE “BACKFIRE effect” is a term coined by the US political scientist Brendan Nyhan to describe how a person’s deeply-held convictions may actually get stronger when presented with contradictory evidence. In one recent study, Nyhan and his colleagues presented a group with information confirming the safety of vaccines. Faced with the facts, those who already distrusted vaccines became even less likely to vaccinate their children.

I think we can now see a backfire effect in response to the government’s economic strategy. Faced with evidence that the plan is working – whether record jobs, a 9 per cent rise in investment spending, or the fastest growth in the G7 – some of austerity’s most diehard critics double-down their opposition.

Of course, the job is far from done. Even before you factor in the effect of tax cuts, real wages are starting to rise again, but they need to rise further still to make up what was lost in the aftermath of the Great Recession. Likewise, while unemployment is falling, we must not put jobs at risk by changing course. Despite the evidence that recovery is starting, we need to continue to win the argument for the long-term plan. This growth is hard-won, and those who argue it could’ve been achieved painlessly, without any difficult decisions, can’t go unchallenged.

Most recently, the argument against our long-term plan has been made by some of the most ardent opponents of its introduction. This case seems to fall into four distinct parts. First, that a bounce-back was inevitable. Second, that slower-than-expected growth in 2011-12 was a consequence of fiscal policy, not a sovereign debt crisis in the Eurozone. Third, that growth only returned because we somehow took our foot off the austerity pedal. And fourth, that we’ve actually been pursuing fiscal stimulus on the quiet.

Taking each argument in turn, first, the bounce-back theory. In the Washington Post last Monday, Larry Summers wrote that, while “growth has been rapid very recently, this is only because of the depth of the hole that Britain dug for itself.” It’s true that the depth of our recession meant we had further to climb. The Great Recession had at its heart a debt crisis: a collapse of the banking system. History shows it is harder to recover from a debt crisis than a normal recession, as banks need to be repaired before they can finance a recovery. That this was a debt crisis is central to understanding the causes – and consequences – of the Great Recession. To think of financial services merely in terms of their impact on GDP as a sector is to miss their role as the plumbing of the economy entirely.

So there was nothing preordained about our recovery. The wrong policy response, flinching from the plan, could easily have resulted in a Japanese-style lost decade. Indeed, this is exactly what Paul Krugman was predicting in 2012.

This argument of the inevitability of recovery is somewhat inconsistently combined with the argument that recovery was not delayed by the Eurozone crisis. So what did cause below forecast growth in 2011-2012?

Some – most prominently Ed Balls – argue that flagging demand from our biggest export market can’t account for slower growth enough on its own. Yet while trade was disappointing, the effects of the Eurozone crisis went much deeper. The threatened collapse of the euro was an existential threat to the UK financial system. Of course, our economy was far more exposed to the euro crisis than the US – directly through trade and finance, and also through the sapping of confidence. The OECD has confirmed that financial conditions are the main explanation for below forecast growth. Indeed our credible fiscal plan was critical in maintaining confidence that Britain would pay her way, and vital in supporting low interest rates, allowing banks to recapitalise their balance sheets. Sovereign debt contagion didn’t cross the Channel.

Next we hear the idea that the government suddenly abandoned austerity mid-way through this Parliament. But the spending plans set out in the 2010 Emergency Budget are unchanged and each subsequent Budget has been fiscally neutral. Slower than expected growth at the time of the Eurozone crisis meant tax revenues fell below forecast. But the causation was from slower growth to lower tax revenues, not the other way around. Then, as the economy has recovered, measures of the structural deficit have not fallen – supporting the case that growth alone cannot fix the deficit.

Finally, there’s the suggestion that we’ve managed to sneak in irresponsible stimulus policies while no-one was looking, in particular Help to Buy and Funding for Lending – where the banks enjoy lower borrowing costs in return for increasing credit to the real economy. But these policies are part of the loose monetary policy that has accompanied tight fiscal policy throughout. Only because of a credible plan can we use the government balance sheet to help monetary stimulus reach the real economy. By design, the Help to Buy mortgage scheme expires at the end of 2016, with the Bank of England given the explicit role of approving any decision to continue beyond that point.

Growth has returned. But it is fragile. We must work through the plan, and not pretend that the recovery can be taken for granted. Tight finances, alongside loose monetary policy and far-reaching supply side reforms are starting to build that sustainable, jobs rich recovery we need. To learn the wrong lessons from the crisis would only risk it being repeated. That truly would be to backfire.

Matthew Hancock is a Conservative MP and minister for skills and enterprise.