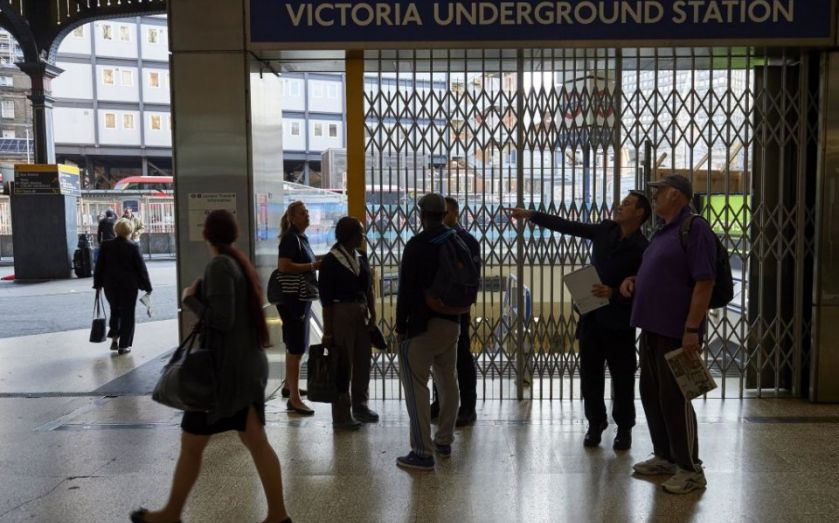 Businesses are expected to lose millions of pounds over another 24-hour strike called by London's tube drivers today.

John Allan, national chairman for the Federation of Small Businesses, described the Aslef union's decision to walkout at 21:30pm on 5 August as "another blow to businesses".

The fresh strike was called less than a week after the entirety of the Tube was shut down by industrial action last Wednesday over the introduction of the Night Tube in September.

The news will be greeted with woe by small businesses who will have to be flexible to minimise the economic impact, said Allan:

Many small companies proved their flexibility and resourcefulness last week, allowing their employees to work remotely, or hold meetings with clients online rather than in person. Nevertheless, there will be further damage to the economy and millions of pounds lost to businesses if the strike goes ahead.

Drivers argue that they will be forced to work more hours and say London Underground has not addressed concerns over work/life balance and issues surrounding health and safety.

Estimates on the actual economic cost of a Tube strike vary, but a recent estimate from London think tank Cebr suggests it could wipe £10m from the city's economy – less than in previous year's thanks to the rise of the digital economy.