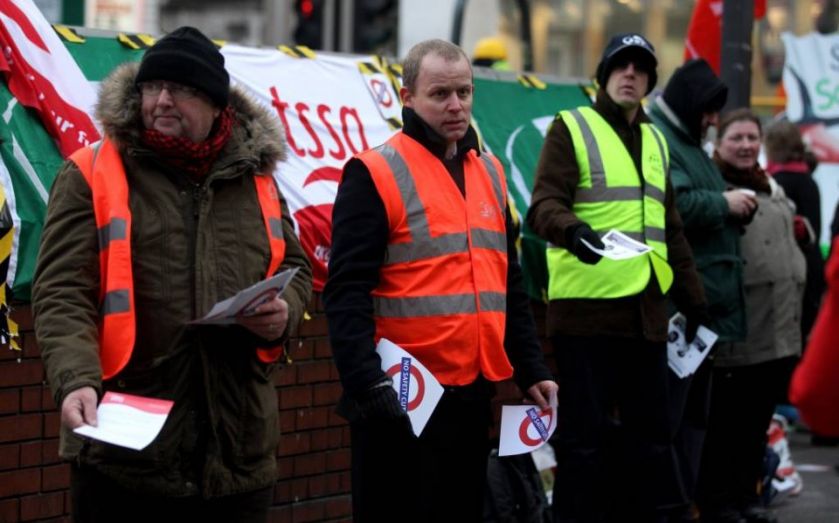 The threat of further strike action over the Night Tube is “likely” if Transport for London bosses do not significantly improve their pay offer, a union spokesman has said.
RMT said it was balloting further members – staff working for for Tube Lines, who maintain the Piccadilly, Northern and Jubilee lines – over a pay deal that “mirrors the wholly unacceptable proposals presented to the wider London Underground workforce”.
If members vote in favour of strike action, there could be further headaches for commuters in the next couple of weeks.
“This is an escalation of the action,” an RMT spokesman said.
On top of that, the spokesman told City A.M. it was “a likely scenario” that further Tube-wide strikes could take place ahead of the official launch date for the Night Tube on 12 September.
“Nothing has been decided yet – all options remain open – but that is likely scenario if we dont make any progress [in pay negotiations],” he said.
London Underground will today shut down from 6:30pm, with no service at all throughout Thursday, before returning on Friday morning.
Unions, who are contesting conditions over the incoming Night Tube service, have rejected at two offers in the last two months, with the most recent version being dismissed as a repackaged version of the existing deal.
They argue there is no guarantee of a decent "work-life balance" as it stands.
Share
Tags: Night Tube Transport for London Travel delays and disruption