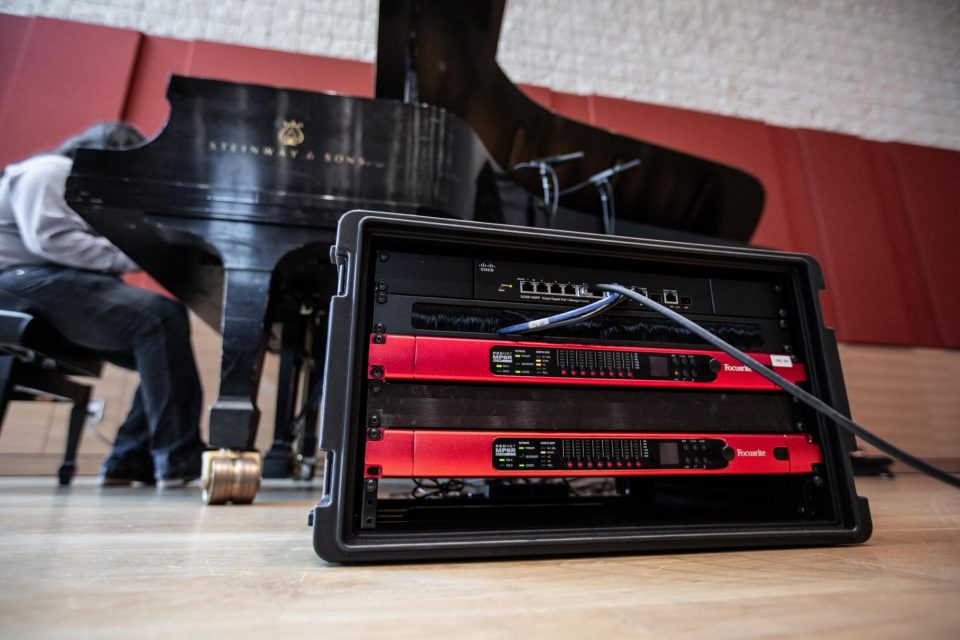 Shares in audio equipment firm Focusrite dropped more than seven per cent today as it warned of a more subdued first quarter of trading following a bumper year of growth.

However, the firm’s share price took a tumble as chief executive Tim Carroll warned first-quarter revenue was likely to be lower than last year.

“I am very proud to present another set of positive results, following an extremely busy year for the group, with both top line revenue and profit growing and the successful completion of our first major acquisition,” Carroll said.

“We have remained focused on executing our growth strategy whilst ensuring the Group was taking the correct and necessary measures to mitigate any potential disruption from the numerous macro-economic issues at hand.”

The High Wycombe-based company said the revenue rise had largely been driven by a revamp to its Scarlett amplifiers, which are popular among hobbyists.

Carroll told City A.M. that Focusrite had benefited from the growing number of people starting their own low-budget audio projects, such as Youtube channels and podcasts.

“It’s definitely a growing market and we’re putting a lot of time and effort into that,” he said.

Focusrite said its more cautious outlook for the first quarter came as a result of tough comparative figures last year.

Chief financial officer Jeremy Wilson said the firm had been given a “useful one-off boost” last year when it raised prices in response to an increase in US import tariffs, as well as the increased strength of the pound.

Despite the caution, Focusrite said its cash position remained strong, adding that it was actively pursuing future acquisition possibilities.