Arsene Wenger on his future, being a tech investor, science taking over football and his dream of an Arsenal university 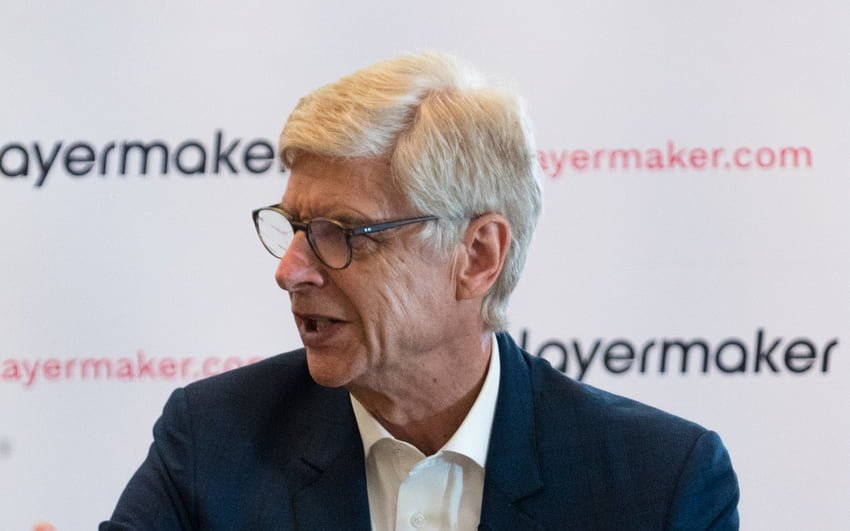 When Arsene Wenger said his goodbyes to Arsenal, bringing down the curtain on a 22-year tenure which transformed the club and left an indelible mark on English football, he was adamant about one thing: he was not hanging up that manager’s coat with the pesky zip for good.

But weeks turned into months and now, a little more than a year on from his departure, the Frenchman, 69, is less certain what the future holds. “I will get back into football for sure,” he says. “What position I don’t know. It can be as a manager or not.”

Wenger has enjoyed his leisure, spending more time with family and friends he feels he “neglected a lot” while at Arsenal, but has also kept himself busy: he occasionally appears as a pundit, is involved in charity work and plays sport every day, running 8km at a time.

While his management career may be on hold, Wenger has found another outlet for his vast knowledge and experience: investing in and helping to fine-tune a product called PlayerMaker, which uses a boot-mounted device to analyse technical, tactical and physical performance.

“I believe it’s the best available solution at the moment to measure performances,” he says. “I invested in this company. I’m not sponsored, I put my money in it. It’s not so much because I think it will make a huge amount of money, it’s more because I think that it’s something interesting that can help sport and football.”

He bought into the Israeli-founded, London-headquartered venture after PlayerMaker chief executive Guy Aharon took youth players from a Championship club’s academy to demo the product in Wenger’s north London back garden. “When they saw where they were they forgot to play for a second,” says Aharon.

Wenger, who is billed as operating partner and whose feedback has honed PlayerMaker, says he has one or two other investments but no desire to follow Formula One world champion Nico Rosberg, who has carved out a second career funding Silicon Valley start-ups.

“I know him and we had chats about that,” he says of Rosberg. “I personally want more to share my knowledge that I’ve got from my vast experience and help companies. I want as well still to be involved in the game.”

This tie-up taps into Wenger’s long association with innovation. His methods were credited with adding years to the ageing Arsenal squad he inherited, while he was an early adopter of ProZone and, he says, even anticipated football’s analytics revolution while at Monaco.

“I worked on performance rating in ‘87, ‘88 with friends of mine on computers,” he says. “We worked day and night to really measure the performances of players. We were 20 years ahead of the time. We made some quite good improvements to judge players. We discovered some players who were not really stars and became good players after.”

Wenger’s arrival dragged Arsenal into a new era. He drove construction of a modern training ground and, later, their 60,000-capacity Emirates Stadium. It turns out the man dubbed Le Professeur had even bigger plans, however, for a project unprecedented in football.

“My last dream at Arsenal was to create a university inside the club,” he said. “I was negotiating already with some big companies, like Sony, Siemens, because they had big research departments. My dream was to create a university of research for the mental, physical and technical aspects of the modern players. I am convinced that the next step can be that inside the clubs.”

Wenger’s support for a scientific approach is not wholesale, though. In an age of analytics departments and transfer committees unrecognisable to that in which he began coaching 40 years ago, he hints that the balance of power may have swung too far.

“Today science has taken over. Science wants to predict the next performance, when you have to rest players. And I believe sometimes if the managers are not strong enough, the science has too much power inside clubs. Because they have certainties,” he says.

“Above that, you still have the knowledge and experience of the manager. The modern manager must collect interesting data and, after, make decisions with his knowledge. And he has to be strong enough to do what he thinks is right. The knowledge is still important.

“The manager has to make the right decision. Because if you take only the physical data, you never play Messi. But if we are managers tomorrow we all play Messi. That’s where the knowledge comes in.”

These are not problems Wenger currently has to navigate. He misses management – “When I miss it I focus on something different” – and supports Arsenal, as a fan – “It will be forever my club. After that I try to really take a distance with it”.

He is vague when asked if he has rejected offers, but says: “My basic question is what is my next level and I believe I will live with that as long as I’m on earth and that will not change. I’m at an age where I have to fight not to go to the next level down.”

Having sworn on his exit from Arsenal that there would be no sabbatical, Wenger has fallen into one. “The appetite is still there the desire is still there,” he says, and there is a suggestion that he has reached a crossroads.

“I came to a conclusion I want to share what I learned in my life," he says. "Because I think life is only useful if at some stage you share what you know. In what way will it be? Will it be just winning football games, or will it be in another way? That’s what I have to decide. That decision will come very quickly.”

PlayerMaker is a sports technology company revolutionising the way football teams use data. To find out more, visit www.playermaker.com