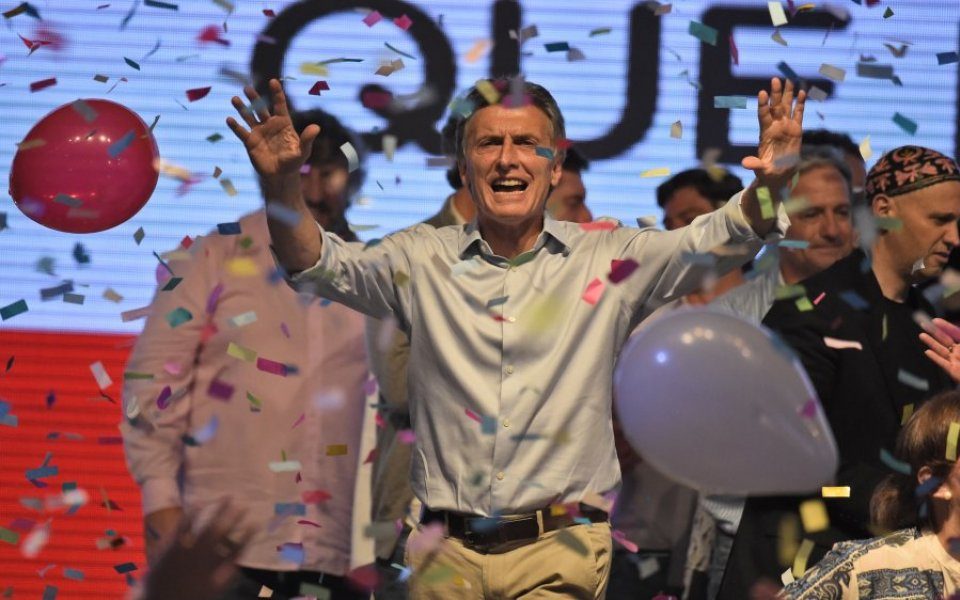 Scioli conceded defeat when the votes showed Macri, the mayor of Buenos Aires, had secured 51.5 per cent of the votes to 48.5 per cent.

Loud cheers erupted in Macri’s campaign headquarters earlier in the night, where his senior campaign officials claimed victory and insiders estimated he had won with a solid margin.

The win marks a remarkable turnaround for Macri, who had lost to Scioli, governor of the Buenos Aires province, in the first round of voting in October by a margin of 36.7 per cent to 34.5 per cent.

Because neither candidate was able to win the vote outright, the October vote forced this weekend’s run-off ballot, the first in the country’s history.

Macri, who campaigned on a platform of promising business-friendly economic reforms, steadily increased his lead in opinion polls in the run-up to the second vote.

Macri, a former businessman and son of one of Argentina’s richest men, has promised to redirect Latin America’s third-largest economy on a more free-market course after a combined 12 years of leftist populism under President Cristina Fernandez and her late husband and predecessor Nestor Kirchner have left the country with double-digit inflation and a widening fiscal deficit.

Fernandez has been barred from seeking a third term but it has been widely speculated that she may stage a quick return to national politics.