Are standing desks an answer for sedentary British workers? 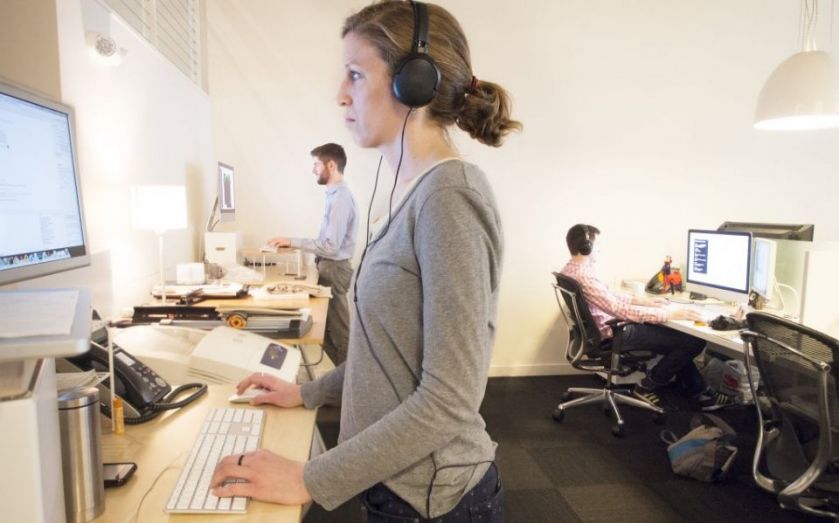 The average person sits for almost nine hours a day. Standing desks help you sit less and move more. And we are increasingly seeing innovative companies making the move. However, education is essential, otherwise people will not change their behaviour.

The Get Britain Standing campaign is joining with the British Heart Foundation to launch the first On Your Feet Britain campaign, which is encouraging workers to get up and take a stand against cardiovascular disease. By sitting less and moving more, you could help reduce your risk of cardiovascular disease and raise money for lifesaving research.

David Bowden, associate director at the Institute of Ideas, says No.

Any health benefits of standing desks are surely outstripped by the collective soaring blood pressure caused when a co-worker lords it over the rest of the office from on high. Expect their smug boasting to get even worse now it has the pseudo-medical sheen of a public health campaign.

Yes, spending day and night slumped on your backside is not likely to be great for you, but the only workplace dynamism we should be debating is the kind that boosts productivity enough that we could all go home earlier, not sit chained to our desks in fear that we’ll end up talking to the mindfulness-obsessed fad fanatic in the next cubicle.