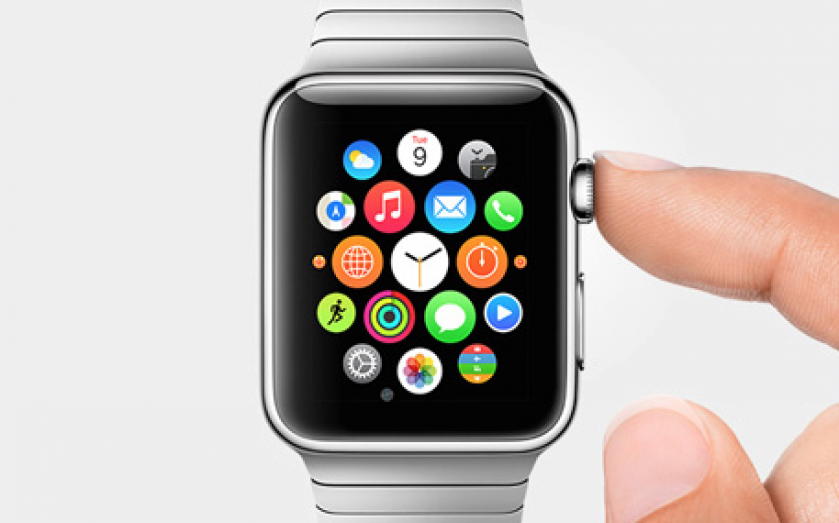 Everything. The Apple Watch is Apple’s first brand new product launch since the death of Steve Jobs. It’s also the company’s first entry into the much-hyped wearable tech sector. Three different versions – Apple Watch, Watch Sport and the 18c gold Apple Watch Edition – will be available, with six additional straps. A touch screen and speaker allow for compatibility with a range of familiar apps including Facebook and Google Maps. Following the success of products like Jawbone, fitness will be a focus, with sensors that monitor heart-rate and movement storing info then compiled by the Apple Health app.

With the smartphone market reaching saturation point, tech companies have looked to smartwatches as an area of possible growth. Together with fitness trackers, they are driving a rapid expansion in wearable tech. The number of people buying wearables is set to double this year, and although smartwatches have been released by many of Apple’s rivals, a dominant player is yet to emerge in the market.

Mixed. Now it’s making watches, Apple has to impress fashionistas as well as nerds, and suffice to say the more aesthetically minded weren’t impressed with the “ugly”, “chunky” watch. Okay, but what about the way it works? Early signs suggest it’s more complicated than previous Apple product launches, that it’s aimed at a consumer already au fait with Apple products. Whether that works out in the smartwatch market remains to be seen.

Of the iPhone 6 and 6 Plus, even the smaller 6 has a larger screen (4.7in) than the 5S (4in). To keep the weight down Apple has made the phones thinner – 6.9mm for the 6 and 7.1mm for the 6 Plus – and, in common with many large-screened smartphones, they’ve also relocated the power button from the top to the side (to allow for turning off with one hand). T­­­hey’ve also added an enhanced eight megapixel camera, a superfast A8 processor and better battery life.

When it comes to phones, we’re now in an age when bigger definitely means better. The 6 Plus is designed to retrieve some of the market share taken up by “phablets”, such as the popular Samsung Galaxy Note. Screens are also getting bigger among regular smartphones with HTC, Samsung and Sony all offering plus 5in standard models.

Going big is a good – but overdue – move for Apple. With mobile gaming more than ever, the old iPhones were looking increasingly dated with their insy 4in screens. The extra battery life will also be a surefire winner with consumers, although similar promises have been made in the past. That said, the camera and overall spec look very impressive. The 6 Plus is a worthy challenger to Samsung’s phablet offerings.

The iPhone 6 comes fitted with a NFC (near field communication) mobile payment system called Apple Pay. This allows users to add credit and debit cards to their phones by scanning them, and then pay for things by waving the phone over another device fitted with a NFC chip. In other words: it’s a contactless card, but in your phone.

If it takes off, Apple Pay will accelerate our journey toward a cashless economy. American Express, MasterCard and Visa have all signed up to the programme and McDonald’s and Disney Theme parks have compatible tills in the offing. Expect the world to follow suit. This is the product that got investors most excited.

One thing is certain: there is a huge market here for anyone who gets it right. Many people would really like to be able to pay for things on their phone. Square Wallet, Google Wallet and Visa’s V.me have all underwhelmed but Apple Pay arguably has a better chance because of the vast store of card details already on iCloud.