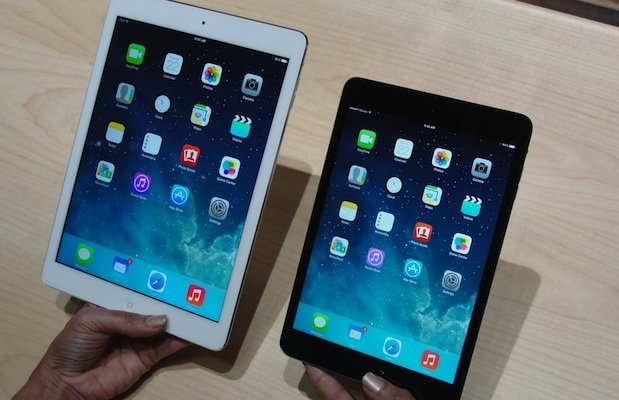 Apple's Retina-display iPad mini is now on sale, after a surprise launch this morning.

Although the news is encouraging – many thought that the delay on the launch, which was expected to be at the end of November, would be longer – there are now worries over supply.

Apple said in a statement today that the response to its recently-released iPad Air (pictured, left) has been incredible, but the out-of-the-blue release is fuelling concerns that there won't be enough of the new iPad minis to go round.

This afternoon, the tech titan confirmed that, due to "limited supply" and "high demand" the Retina-display device will only be available at Apple Stores through the Personal Pickup service for now – customers won't be able to pick one up in store.

There's also a waiting time on orders: one to three days for the 16GB and five to 10 for models with 4G built in. The new iPad is already sold out of Hong Kong and Singapore Apple stores.