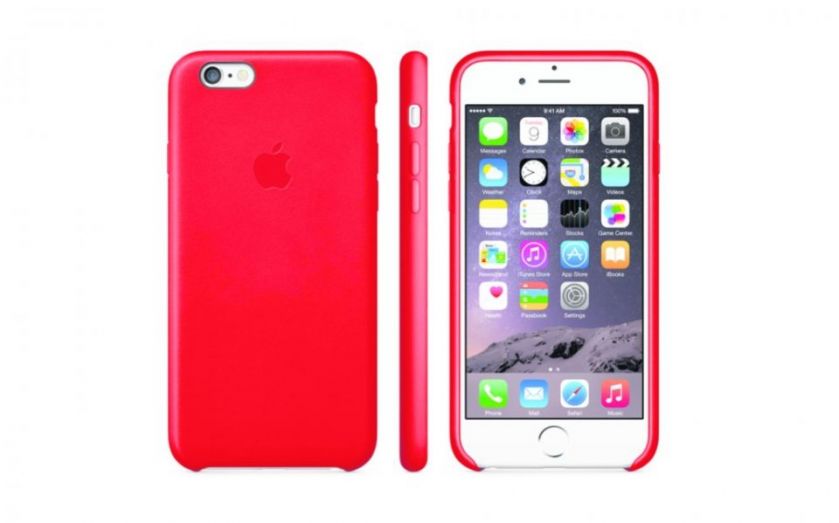 Give the “best smart-phone ever” the protection it deserves with one of these stylish cases.

If you aren’t looking for extra battery power or planning on climbing any mountains, but want to protect your phone from daily wear and tear, you could do much worse than Apple’s official case. Stylish simplicity down to a tee, it comes in a variety of colours including lime green and sky blue.
store.apple.com, £35 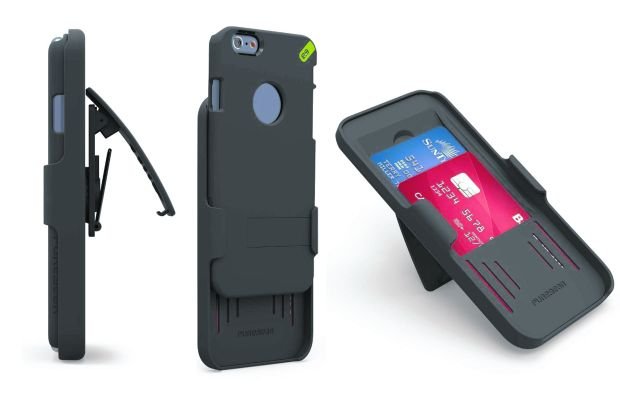 With a bigger screen, the iPhone is now a viable medium for watching your favourite films and TV shows. PureGear is looking to capitalise on this with its HIP Case+. The kickstand on the back keeps the phone upright, making it perfect for watching video. The case also includes card slots, so when you’re in the underground, you can just wave your phone over the reader and be on your merry way.
pure-gear.com, £21

If you love exploring the great outdoors and don’t fancy leaving your iPhone at home, then you need protection. The folks at Otterbox give you that and more with their super-reinforced Defender Series phone cover. With a built-in screen protector and a protective membrane to block dust and debris, this is an essential bit of kit for adventure-addicts. The stylish design also comes in enough colour combinations to keep everyone happy.
otterbox.co.uk, £39.99

Even with improved battery life, the iPhone 6 is hardly going to last an entire festival. That’s where battery-boosting cases like Tylt’s Energi Sliding Power Case come in. This case carries just enough juice to charge a nearly dead iPhone 6 back to 100 per cent. The cleverest thing about it though, is the slidey design which makes it markedly easier to use than other battery pack cases.
tylt.com, £60.50

If you want to listen to music while going to the gym, this armband case is a must. It’s adjustable and sweat resistant for ultimate comfort and hygiene. And – these guys have thought of everything – there’s a slot for your locker key as well. A steal at £15.
rokform.com, £15

If you’re after an iPhone case that whispers understated quality, look no further than the leather version of Apple’s official case. Available in black, midnight blue and olive brown, opt for leather if you’re planning on whipping out the phone in a business meeting.
store.apple.com, £35

With the iPhone 6’s A8 processor offering a reported 50 per cent boost in graphics power, Apple’s new device looks poised to take mobile gaming up another notch. During Apple’s keynote speech last week it used upcoming multiplayer title Vainglory to demonstrate what the handset is capable of. The game from Super Evil Megacorp allows players to battle against other gamers over the internet and featured lush, razor-sharp graphics even during scenes of total carnage.

Vainglory promises to be one of the biggest selling apps when the iPhone 6 is released, but a host of next-gen games will be hot on its heels. The often touted – although still slightly disingenuous – assertion that smartphones are approaching consoles in terms of graphics and performance is truer than ever.

And there is no shortage of heavy-hitting developers ready to take advantage. Rebellion, Ubisoft, Epic Games, Square Enix, EA and Disney are among the firms with new titles in the pipeline. For gamers and those with time to kill on the tube, things are about to get very interesting.