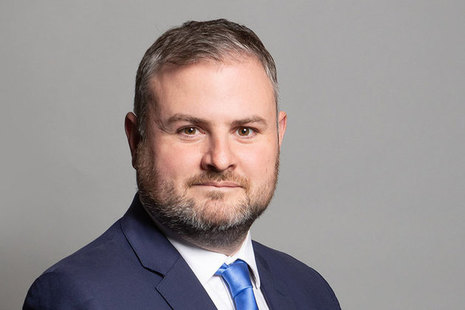 Andrew Stephenson has been named as the minister for HS2 and Transpennine Rail, the Department of Transport (DfT) has announced via tweet.

Last week Prime Minister Boris Johnson announced that a dedicated ministerial post would be created to oversee the controversial high speed rail project, which was finally given the go-ahead after months of delays.

He said that the decision to create the post was largely due to “poor management” of the project by HS2 Ltd, who have come under fire for their handling of the rail link.

Stephenson’s new portfolio will see him cover three of the UK’s most important infrastructure programmes, as he will also have the lead for Northern Powerhouse Rail and the upgrade of the Transpennine route.

The first phase of HS2, between Old Oak Common in west London and Birmingham, is due to begin in April, with the government set to push for savings on the high speed line, which is now expected to cost £100bn.

At the same time the government will revive the legislation to deliver Phase 2a, connecting Birmingham to Crewe, “as soon as possible”.

Stephenson was appointed as a minister at the DfT, but the specifications of his portfolio have only been announced now. Previously, he has held roles at the Foreign and Commonwealth Office, the Department for International Development, and the Treasury.

He was first elected as the MP for Pendle in Lancashire in 2010.

The department has also announced two new undersecretaries of state, Rachel Maclean and Kelly Tolhurst, who will look after the environment and future of transport, and aviation and maritime respectively.