An exhibition in London today turns Vladimir Putin into Batman, Gandhi and Pele, because why not 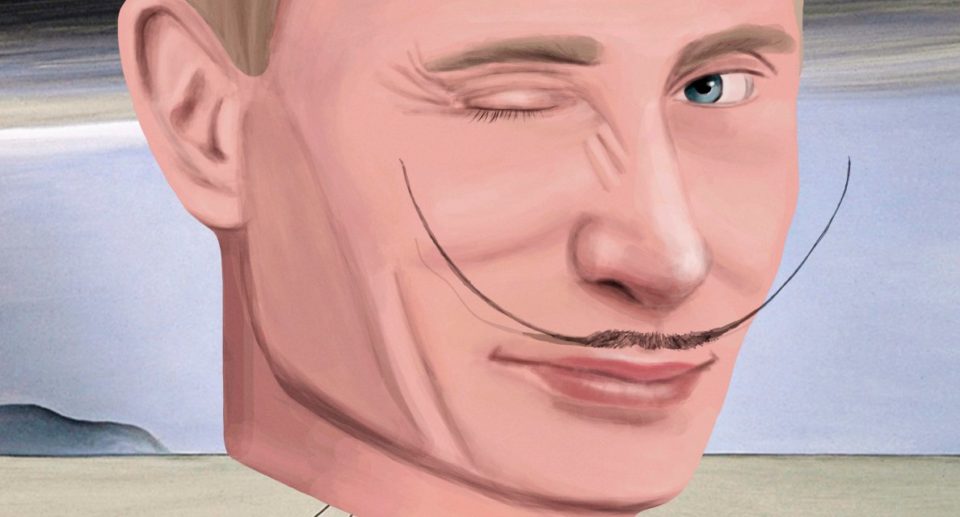 Russian leader Vladimir Putin celebrates his 63rd birthday on 7 October and Hackney hipsters are hoping to celebrate with along him, after the opening of an exhibition which puts Putin right up there with Alexander the Great and Mahatma Gandhi as a “famous hero” of our time.

The international exhibition, "Putin Universe" will be open in Moscow and London's Hoxton Arches, on Cremer Street, all day to celebrate the politician’s birthday.

According to Essex-based artist Lee West, who launched the exhibition after spending the last year living in Russia, artists from all over the world will present Putin as a person who belongs to different countries, nationalities and epochs through 30 different paintings.

Putin has been superimposed onto famous images of Salvador Dali, Alexander the Great, Mahatma Gandhi and even Batman all in the name of showing a more positive side to the leader that “people in the west rarely get to see”.

West said: “I’m proud to present a good image of Putin. People seem very interested in what we’re doing. A similar exhibition was put up in Russia last year and the BBC claimed that something like this could never be done in London. Well, there you go!”

In one painting the Russian leader is compared to football star Pele, he holds the record for the number of football matches participated in – while Putin (apparently) holds a similar record for political battles. Is it us, or is "Pele-Putin" kicking a football in the shape of the head of a very high profile US politician…?