Among the Trees at the Hayward Gallery: The life of trees viewed through the lens of the anthropocene 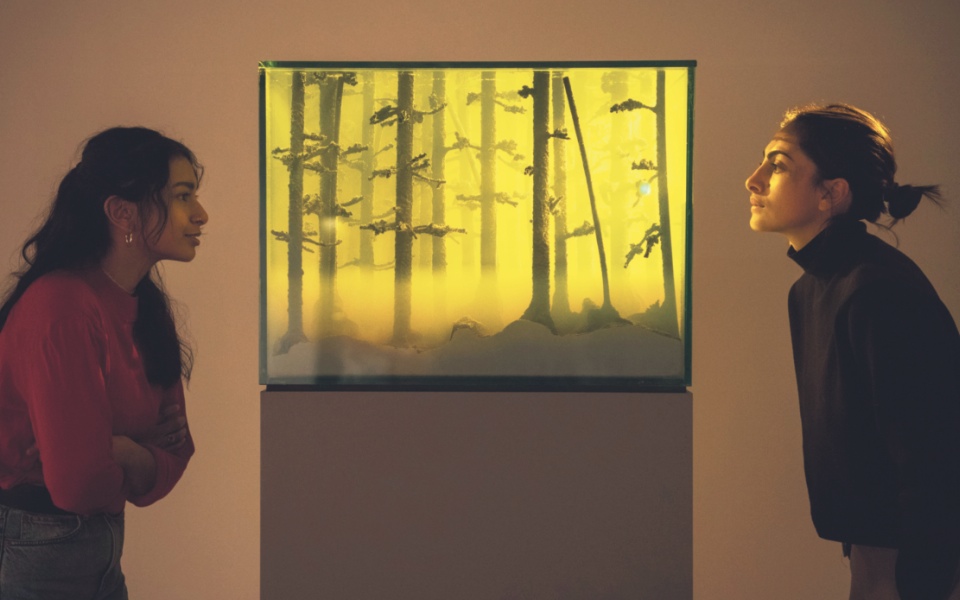 The first recorded use of the term “tree hugger” came in 1730, when a Hindu sect called the Bishnoi tried to stop the maharajah of Jodhpur from chopping down an ancient forest for materials to build his new palace. They died in their hundreds, clinging to branches as the army cut down first the Bishnois and then the forest.

Despite various groups following their lead – from fans of Henry David Thoreau in the 19th century, through the hippie movement of the 1960s, to the legion of contemporary environmentalists – we have not been very good at protecting trees. There are 50 per cent fewer alive today than when homo sapiens first had the idea for organised agriculture some 12,000 years ago.

Among the Trees at the Hayward Gallery oscillates between marvelling at how cool trees are, and shaking its head at our inability to peacefully co-exist with them. After entering into the dim twilight of the exhibition, the first thing you see is Giuseppe Penone’s Tree of 12 Metres, a floor-to-ceiling sculpture (in two parts) for which he meticulously carved out a ‘tree within a tree’ by chiseling around one of its internal rings, revealing the ghost of its younger self. At its thinnest point, around eight metres of hardwood is supported by a few inches of tree, which is some feat of engineering. Way to go, nature.

Nearby, a video installation features a Finnish spruce running sideways along an entire wall. Even then, it’s still only a third of its actual size, the artist Eija-Liisa Ahtila a tiny figure tucked away in a corner. Throughout the exhibition are incredibly detailed photographs of sinewy, arterial, otherworldly trees. “Just look at these things,” it all says. “Look how amazing they are.”

But this is the life of trees viewed through the lens of the anthropocene, and that sense of childlike wonder is tempered by how badly we tend to treat them.

There are George Shaw paintings in which trees cling sadly to the edge of roads, or grow alongside assorted human detritus. There are photographs of trees subsuming chain-link fences and razor-wire. A huge diorama of a forest is made from corrugated cardboard, an incredible feat that hints at the eventual fate of many trees. Upstairs a felled trunk has been sliced lengthways into thousands of sheets and then reassembled, underlining, perhaps, the violent relationship between trees and paper.

Less subtle is the scene of destruction created by Roxy Paine, in which charred trunks glow gently against a fire-blackened landscape, recalling the devastating forest fires that ravaged Australia this year.

With so many artists responding to trees in so many different ways, the exhibition can feel a little scattershot, a directionless stroll rather than a purposeful march. But there are so many great individual pieces that you’re rarely short of something to marvel at: a room-sized cast of an ancient olive tree; an aquarium housing a miniature, misty forest bathed in sickly yellow light.

There are pieces that are absurdly conceptual (tiny, type-written words in the shape of a tree, printed on the pages of old logging journals, for instance), and others that are ingenious in their simplicity (flipping a photo of a tree on its head is strangely disorienting, more than if you flipped a picture of, say, a filing cabinet, suggesting some primal response to shrubbery).

Among the Trees resists descending into an environmental polemic, but still leaves you with both a renewed fascination for these strange organisms, and a feeling that we really should try harder not to kill them all.