MAGIC circle law firm Allen & Overy has come out on top in a global round-up of legal advisers to the debt and equity capital markets, winning roles on more than 450 deals in the first half of 2013.

According to the latest Thomson Reuters survey, combined debt and equity capital markets activity totalled $3.4 trillion in the six months to June, up 5.9 per cent on the total for the whole of 2012. 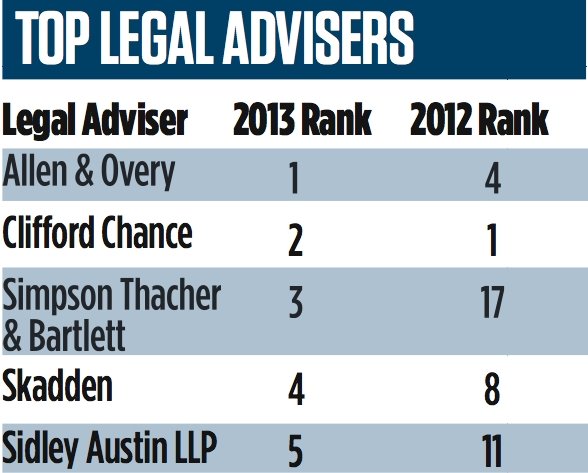 Allen & Overy acted as adviser to the manager on 350 deals and to the issuer on 106 deals – narrowly beating fellow UK firms Linklaters and Clifford Chance in each respective category.

Global equity activity in the first six months was $388.5bn – 36.5 per cent higher than last year.