All Praise Imbloc The Giver Of Light And ATHs 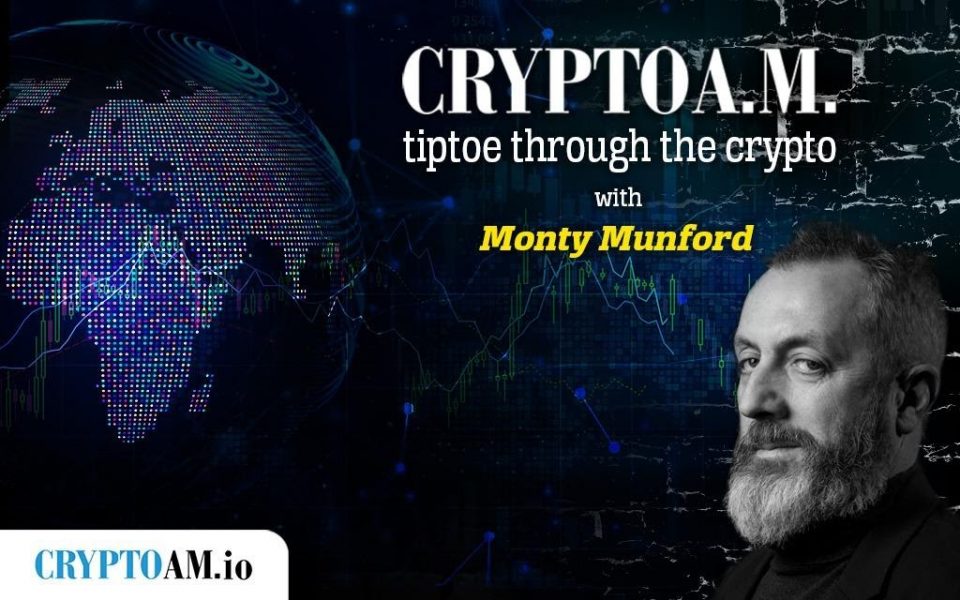 The country is becoming lighter, the days are getting longer and on February 1st we passed Imbloc, the equipoint between the Winter Solstice and the Spring Equinox.

Imbloc is like a centralised celestial middleman of light and dark, marking the finish of the ‘solar winter’ in the Northern Hemisphere; the three months of the year when solar energy is at its most weak. Sometimes you need a weatherman to tell you which way the wind blows.

It’s ancient. The Celtic festival of Imbloc concerned Cailleach, the goddess of winter. If she wanted winter to last longer, she ensured the weather on the day of Imbloc was sunny and bright so she could do her work, but this also signified a false end of winter.

If the weather was awful as it was this week, that meant it was because she was asleep, didn’t fancy it outside and winter was effectively over. Although this sounds like a scam, Cailleach did an HODL, slept in and we will consequently have an early Spring. Happy days.

Nature and science backs this up. Every year there is a very slow change since the shortest day of December 21st, an extra minute or two of extra daylight until Imbloc, when the angle of the earth’s axis means that causes daylight to accelerate and every day will be at least five minutes brighter until the clocks will go forward and the summer will beckon.

This lurch towards brighter days is replicated by the potential end of the current and ongoing madness, vaccinations in the UK have passed 10 million; we may just escape imprisonment in a couple of months.

Even the centralised banks suggest the future is bright and we will all have to wear shades. Bank share prices are up. Who knew?

On Planet Crypto, other accelerations are taking place. Ethereum hit an ATH this week and the only way appears to be up for many big altcoins as Big Boy Bitcoin stabilises and prepares for its own accelerative Imbloc(kchain).

But, hold on for a moment, not dear life. Doesn’t this all sound a little neat and tidy? Another day, but perhaps another season for the witch to rear its ugly head and bring the world crashing down.

Things are tenuous, we are riveted by news and graphs. Who to believe? Who to trust. A bull or a bear? The stars or the pits? Heaven or bloody hell?

Maybe it’s just the UK. If an alien was watching (probable) then it appears that we are continually central to the Covid-19 story. A histrionic and melodramatic country demanding cosmic and global attention.

The solipsism and ego of this bad actor is often replicated in the crypto world. Whether it is false prophets claiming they are Satoshi or the wild predictiors of crypto value when prices are climbing, the need for attention is everywhere.

Under lockdowns, this attitude has also accelerated. Everybody is a captive audience, nobody is travelling and showmanship is the order of the day, whatever season we are in.

As the days indeed get brighter, expect these shrill cries for attention to increase, watch out for the wild forecasts and take care of your portfolios and stay true to your wise and slow cogitations.

Ignore the hype, hold your counsel even as the days grow lighter and lockdown rules loosen. Imbolc may have passed, but its effects will linger long past the March Equinox and the Summer Solstice.

There are winds ahead and there will be time enough to spend for a rainy day and warmer suns are ahead, but there will be storms as well.

Same as it ever was. All praise Imbloc!

Monty Munford is a renowned Tech journalist and has his own podcast https://blockspeak.io

He used to be a keynote speaker/emcee/moderator/interviewer at prestigious events around the world until Covid destroyed his conference speaking career… until 2023. He has spoken at more than 200 global events.