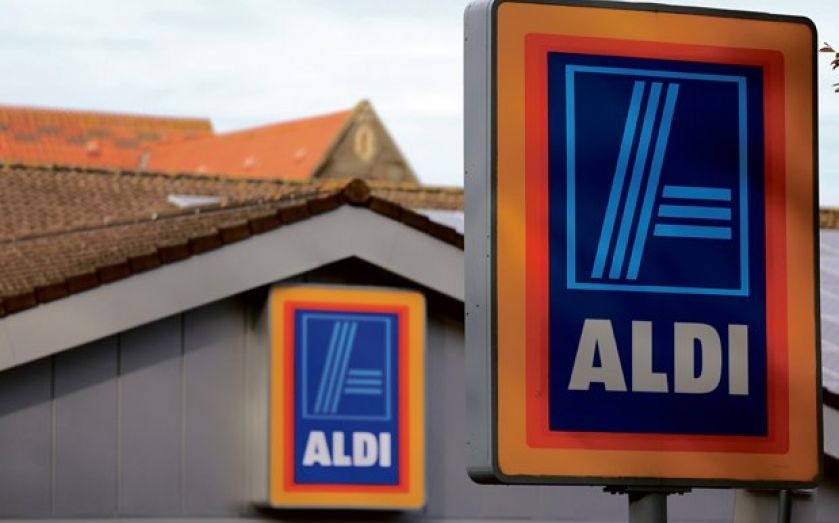 Fellow German discounter Lidl similarly saw sales leap by 19.5 per cent and it held on to its share of 3.6 per cent. The pair now have a combined record share of 8.4 per cent, just 2.6 per cent below Morrisons, which continued to lose customers. The Bradford-based grocer was the second worst performer after seeing sales fall by 3.8 per cent in the 12-week period, with its market share down from 11.5 to 11 per cent.

Tesco, which issued a fresh profit warning last week, suffered a new record decline in sales, also down 3.8 per cent year-on-year. Its market share dropped to 28.9 per cent from 30.3 per cent last time.