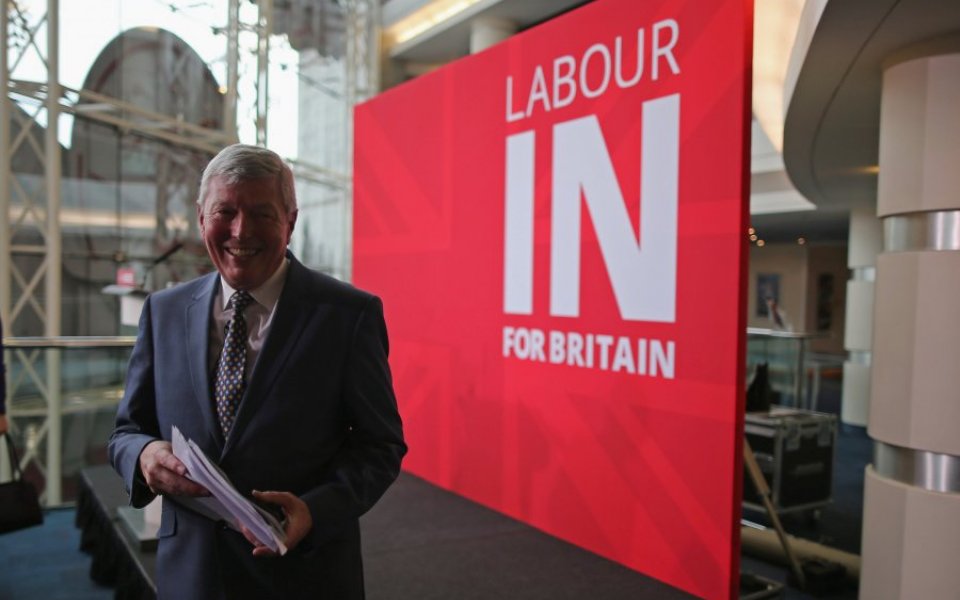 Labour is a party in disarray. Under the leadership of Jeremy Corbyn, it is struggling to connect with the public and earn back the confidence of business. Some polls have Labour commanding just 25 per cent of the national vote. And it does not help that the party’s MPs seem constantly embroiled in public rows and in-fighting.

Former shadow chancellor Alan Johnson, who held a variety of cabinet positions in the Blair and Brown governments, is ever-critical of the frequency of shadow cabinet reshuffles – and he told me in an interview last week that he isn’t exactly keen to see any more shake-ups on the frontbench. But he also conceded that there could be a need for change at the top before the next General Election.

“We’ve lost two elections on the trot. Many people think we’re a kind-hearted party that doesn’t get rid of leaders even if they’re taking us to our doom,” Johnson said.

“I don’t sense that atmosphere anymore and I think there will be a very rigorous look at how we’re doing and we have to be looking as if we’re on course to win in 2020.”

Whether or not Corbyn remains party leader for four more years is indeed a pressing problem for Labour. But for Johnson – at least for now – Britain’s membership of the EU is the burning issue of the day.

Johnson is an avid fan of the EU, and joyfully recalls being a postman in 1975, when he carried campaign leaflets for both sides in the referendum on membership of the European Economic Community.

Whether he was speaking about the economy or free movement, Johnson told me that now, as in the 1970s, Britain’s interests are better served inside the EU. There is, he said, no model that eurosceptic campaigners can present that prevents free movement.

“You wanna be like Norway? They’re not in the EU, they’re the 10th biggest contributor, they are part of every single directive but they just have no say in it. You wanna be Iceland, Lichtenstein, Switzerland? All have free movement. So you won’t escape free movement by leaving the EU.”

While Labour MPs will be on the streets campaigning for the UK to remain in the EU, the “In” team is likely to be backed by business leaders, too. But does Europe just represent the interests of multinational corporations, as eurosceptics claim?

Johnson says the In campaign probably wouldn’t be best-served by multinational banks voicing their support: “Bankers for Europe is not an attractive proposition.”

[Shortly after our interview, it was revealed that Goldman Sachs and JP Morgan made six-figure donations to the Britain Stronger In campaign.]

But bankers aside, Johnson said: “It’s manufacturers that, when you hear a view of Europe as bureaucratic, are quick to point out that before the EU, exporting to 27 different countries was extremely bureaucratic because they all had different rules.

“Exporters can explain the value for companies that want to export to the biggest market in the world, which is on our doorstep. If we really want to change the emphasis of our economy towards manufacturing and exporting, leaving Europe would be counterproductive entirely to that process.”

In all of this, there is a sense that Johnson sees the EU referendum as much as an opportunity as a fraught political question, giving Labour, in his words, “an opportunity to reconnect with the business community which is by-and-large pro-EU”.

Indeed, Johnson is extremely concerned about the current breakdown in relations between the City and Labour, saying: “If businesses feel that the economy isn’t safe with Labour, that’s something we have to address.”

That is going to be tough, though, given the series of policy proposals from Corbyn’s frontbench team that have been slammed by businesses large and small. Johnson told me that if businesses are worried, then Labour needs to talk with them.

That doesn’t mean giving up on policies focused on housing or inequality, Johnson said, but includes talking to business about how to tackle them: “It’s not a healthy society with the inequalities that are there at the moment. I think many people in business in London would support that agenda.”

I pointed out that London businesses have been less understanding about Labour mayoral candidate Sadiq Khan’s flip-flop from supporting to opposing a third runway at Heathrow Airport.

Coming to Khan’s defence, Johnson maintained that when Khan was transport secretary, Gatwick wasn’t even on the field of play: “They’ve made huge efforts to say ‘we’re the best location, particularly as if you go for Heathrow you’re going to be bound up in legal action for years to come’.

“So, it’s perfectly pragmatic and consistent to say ‘actually, I’ve changed my mind on whether it should be Heathrow, but not on business needing more capacity’. Loads of people have changed their mind on that, including many business people.”