A Very Expensive Poison at the Old Vic review: A rare breed of play from the creator of Enron 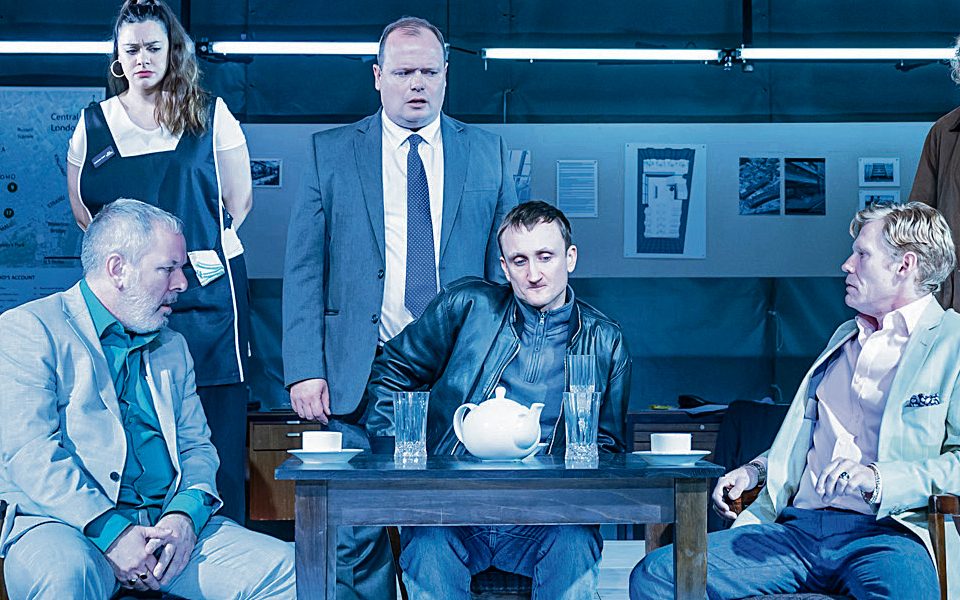 Recounting the final days of Russian dissident Alexander Litvenenko, it takes a dark and complex subject and turns it into an utterly engrossing, formally experimental romp that wears its close to three hour run-time with surprising alacrity.

Loosely based on Guardian journalist Luke Harding’s 2018 book, the writing is every bit as sharp as we’ve come to expect from Lucy Prebble, the award-winning playwright behind Enron and The Effect, this being her first new play in seven years.

It tells the story of a man’s unimaginably painful death, but also encompasses topics as diverse as the siege of Stalingrad and the provenance of polonium-210, the latter in the form of folkloric shadow-puppetry.

Our memory of Litvenenko is indelibly linked to that famous, candid photograph of a hairless, emaciated man lying in a hospital bed. But Tom Brooke brings him to life in an altogether unexpected manner, playing him as a geeky, eccentric detective, wholly unsuited to his role at the thoroughly corrupt FSB.

When he’s told to murder his boss, the flashy billionaire Boris Bereszovsky, the pair end up fleeing to London, a city famous throughout the world as an oligarch’s paradise. Bereszovsky is content to live the high life, but Litvenenko, a man of humble means, sets about exposing the Russian state’s links to organised crime.

There’s an endearing optimism to the character, who never suspects the terrible lengths his homeland will go to silence him, and part of the tragedy is Litvenenko’s continued faith that Russia remains a place worth fighting for.

The action hops from Muscovite suburb to Mayfair restaurant to the realm of pure fancy. The stage, initially housed in a cinematic 16:9 frame, unfurls like a Chinese puzzle box, expanding as the action escalates from a tawdry local tale to an international scandal.

Peter Polycarpou is excellent as “original oligarch” Bereszovsky, and more comic relief is provided by Michael Shaeffer’s bumbling hitman Andrei Lugovoi. But the stand-out performance comes from Reece Shearsmith as Vladimir Putin, with the League of Gentlemen actor playing the Russian leader as a sneering, manipulative Svengali figure. His addresses straight to audience, sometimes delivered from the wings, are laugh-out-loud moments, whether he’s laying into the British government or the Old Vic’s toilet facilities.

A Very Expensive Poison takes a story of unbearable suffering and transforms it into an astonishing visual spectacle, deftly avoiding making light of the crushing injustice at its heart. And as recent events in  Salisbury attest, this is a story that’s still searingly relevant. It’s a rare breed of play, one of the highlights of the year so far.