A haunt of filmstars in search of peace and privacy, Palm Springs is California's worst kept secret 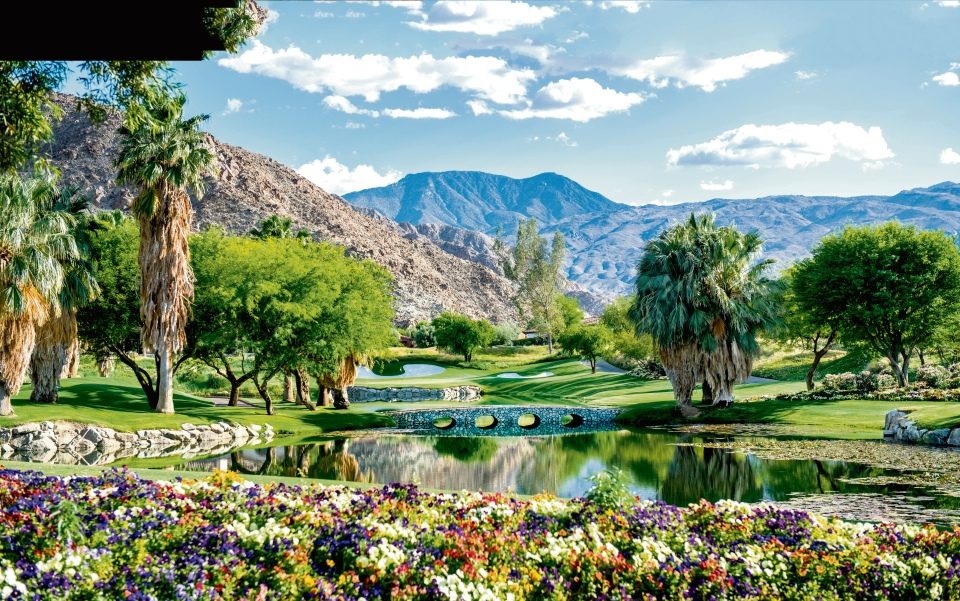 Palm Springs is a balmy Californian desert town about 100 miles east of Los Angeles, and ever since the 1930s, Hollywood actors have been retreating here to escape fans and flashbulbs. Famous for its Insta-ready palm trees and stark, mid-century modern architecture, it provides a great base for hiking and horse riding, as well as skiing in winter. Here’s our guide to getting the most out of this historic, happening town.

There’s often an incentive to try new hotels when you travel but when it comes to Palm Springs, the magic tends to be found at established properties. That said, the Kimpton Rowan and Hotel Paseo, which both opened in the last couple of years, are worth considering. More colourful and eccentric is The Parker, which is a 1950s hotel that was revamped by US interior designer Jonathan Adler in 2017. There is a dazzling array of art and sculpture throughout the premises, grounds overflowing with fruit trees and bougainvillea bushes, and even a spa that hands out cucumber-infused vodka shots before treatments.

Meanwhile, the Ace hotel, which has rooms decked out in vintage furniture and outdoor fireplaces, is known for its hedonistic pool parties.

Read more: Bangkok 2049: What do the next three decades hold for this neon metropolis?

The main concentration of restaurants in Palm Springs is along Palm Canyon Drive and Indian Canyon Drive, which run parallel to each other. However, choose carefully as many aren’t particularly chic (some are downright tacky).

Located in the Uptown Design District, on the northern portion of Palm Canyon Drive, is Workshop Kitchen and Bar, which stands out for its modern Californian cuisine and the fact that it occupies a transformed 90-year-old movie theatre (it won a James Beard prize for design). Decked out in polished timber and brown leather, Sandfish Sushi and Whiskey presents an imaginative take on Japanese food, with dishes such as snow crab, mango, avocado and jalapeño rolls. Mr. Lyons is the place to go for steak and Sinatra vibes.

Palm Springs hasn’t typically been a late-night party town but there are some great drinking spots if you know where to go. The Parker hotel has two fantastic bars – Counter Reformation for wine and Mini Bar for cocktails. The decor in both is wonderfully camp, exotic and glamorous. Tropical-themed Bootlegger Tiki serves potent punch bowls with a choice of spirit as your base (go for mezcal), while Melvyn’s at the Ingleside Inn is famous for its martinis (the Rat Pack and Marilyn Monroe were former regulars). On Fridays there is live jazz at Dead or Alive, which also lists craft beers such as Smog City Brewing pilsner.

The Palm Springs Aerial Tramway has the world’s largest rotating tram car and ascends over the cliffs of Chino Canyon to the sprawling Mt San Jacinto State Park, more than 8,000 feet above sea level. From here you can set out to explore 50 miles of hiking trails. The Palm Springs Art Museum has a desert outpost with a four-acre sculpture garden that is free to walk around.

The annual Palm Springs Modernism Week (13 and 23 February, 2020, modernismweek.com) sees many of the town’s buildings open to the public, affording visitors a special glimpse into private homes such as the 1948 Gillman Residence, which is being restored in time for the new year, the UFO-shaped 1979 Hope Residence by John Lautner, and Frank Sinatra’s 1947 Twin Palms by E Stewart Williams.