A Beautiful Day In The Neighborhood review: Tom Hanks' portrayal of a beloved kids TV star is profoundly sweet 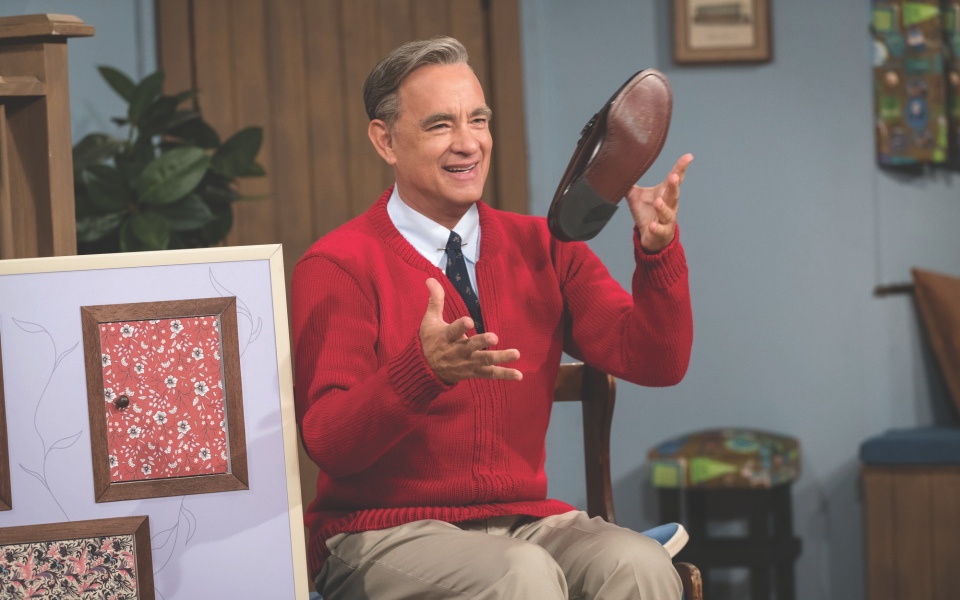 Beloved children’s television host Fred “Mister” Rogers is almost entirely unheard of outside the United States, but to a generation of Americans he inspires more heartfelt nostalgia than Neil Buchanan, Dave Benson Phillips and both of the Chuckle Brothers rolled into one.

His genial style of education was an eddy of peace and civility in a tumultuous time for the rapidly changing nation, during which the fatherly Mister Rogers spoke to children plainly, and without patronising, on topics as complex as racism, divorce and death. In one especially ambitious episode, a hand puppet struggles to come to terms with the assassination of JFK.

Rogers worked until his death in 2003, after which this American treasure’s impact on the national psyche came into sharp focus. In 2018 he was the subject of documentarian Morgan Neville’s film, Won’t You Be My Neighbor?, a demystifying profile piece that became the top-grossing biographical documentary ever made.

Directed by Marielle Heller (Can You Ever Forgive Me?), A Beautiful Day In The Neighborhood puts a little more distance between the audience and the man, giving Rogers back his near mythical status. Tom Hanks – one of the only American actors unsullied enough to take on the role – slips into the red cardigan in a sweet drama based on one Esquire journalist’s assignment to profile Rogers in 1998.

Without the crutch of nostalgia, and especially for UK audiences, this story of an inscrutable entertainer and his death-obsessed puppets can seem like mad fiction. The introduction, a frame-by-frame reproduction of the show’s iconic opening number, comes across as faintly sinister to the uninitiated, like Rogers might be up to some shady business.

But Heller neatly dismantles these suspicions, and if there was any temptation to characterise Rogers as a troubled man, she avoids it. Tom Hanks captures Rogers’ otherworldly essence both on set and off, softly deflecting loaded interview questions with twinkling eyes and gentle ripostes. The relationship between Rogers and his profiler forms the emotional backbone of the movie, as much a world-weary cynic coming into contact with the foremost expert on parent-child communication might.

A genuinely lovely portrait, A Beautiful Day presents a sentimental worldview you want to climb into and live inside. Rogers is a cult of love – it’s horrifying to imagine what America would have become without him.