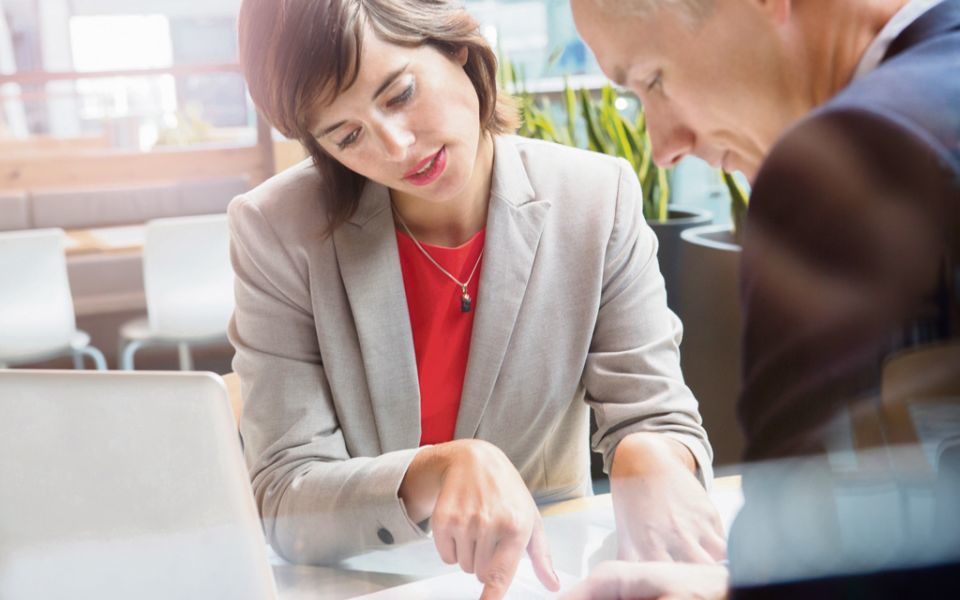 In mid-2015, Lars van de Loo, CFA, jumped at the chance to participate in a newly formed mentoring program offered by CFA Society VBA Netherlands. He had just returned from a four-month sabbatical from his job as a strategy analyst at a clearing bank in Amsterdam and wanted to consider his next career steps.

“I thought it would be interesting for me to reflect on my career and my challenges with someone outside of my company,” he says. “I wanted to get a different view from someone who had a different experience, [who lived] in different geographies. I was very enthusiastic.”

Van de Loo was one of a dozen mentors and mentees in the CFA Society Netherlands program (launched in 2015), and the experience gave him a boost of confidence. “My mentor challenged me on the fact that you cannot ever know everything and you shouldn't strive to know everything,” he says. “This helped me become more assertive in my career.”

It was Caljé, a director at Amsterdam financial services consultancy Lucas Pearce Consulting, who launched and oversaw the mentoring program. The program was created after a membership survey showed that local charterholders wanted greater recognition for the CFA charter and help boosting their careers.

“My intention was for the program to be lightly scripted,” Caljé says. “For instance, you can get mentored for any goal, not just professional goals. The only thing we asked was that people consider the time commitment. During nine months of mentoring, we recommended that every quarter, people should meet once, and every month people should touch base.”

But are infrequent meetings enough for mentoring to be effective? And how do you know a mentor–mentee relationship will be effective and rewarding?

A spirit of learning

Chip Bell, author of Managers as Mentors: Building Partnerships for Learning, says learning should be the primary goal of a mentor–mentee relationship. Such an attitude helps companies and organisations be more competitive overall.

The problem, according to Bell, is that companies cannot afford to perpetually put their employees in training courses. But establishing a culture of mentoring within an organisation can go a long way towards the same goal. “A mentoring program helps organisations stay in a constant state of learning, which is where they need to be if they want to be innovative,” he says.

At the same time, an organisation won’t succeed in cultivating a learning culture if competition is fierce within the company and people are shamed for asking what might seem like dumb questions.

Bell says investment managers, in particular, must be careful how they come across to a mentee. “It’s great when you need an expert, but it can also lead to an arrogant style. This is just the opposite of what you need to be a good mentor. A good mentor has humility, openness, vulnerability, all those things. That authenticity and realness is essential to being a great mentor.”

Now a veteran of the finance industry, Bell recalls an early experience he had with a boss who was mentoring him when he worked at a large bank. Bell, when asked to hire someone, found a candidate who, though he was top of his class, had certain traits that were possibly incompatible with the existing team. Bell hired the candidate despite some reservations.

“When the new hire didn't work out, my boss never once said, ‘I told you so.’ He simply said, ‘Let’s talk about what you learned.’ He took time to do a post-mortem on the decision I made,” says Bell. The boss succeeded in teaching a lesson without embarrassing him.

Read suggestions on how to turn a manager into a mentor, and more on how to progress your career with the Career Success Guide from CFA Institute.

Preparing for interaction with a mentor is an essential task, one that should be researched as thoroughly as is done for a company or hiring manager prior to a job interview.

Amy Zhang, a managing member of Affinity Fund Services, a hedge fund administration firm in San Francisco, has multiple mentors from different industries, each about 10 years older than she is. When meeting her mentors for the first time, she makes sure she has done research on the person, their field, and possible common areas of interest.

“It’s really up to the mentee to take the initiative. You can only help people who want to be helped,” says Zhang. She puts an emphasis on having mentors from different fields. Her mentors include the owner of a hedge fund marketing company, a controller at a venture capital firm, an attorney, and the owner of a medical device company.

Zhang, a former co-chair of a career committee at CFA Society San Francisco, says she finds it challenging to keep the relationship going if the mentees are not taking the initiative. “It’s like a one-way conversation.”

Back in Amsterdam, van de Loo intuitively knew that his relationship with his mentor would be a two-way street.

He was assigned to Pieter van Putten, CFA, who is the advocacy chair of CFA Society VBA Netherlands. The two enjoyed talking about van Putten’s experiences living and working in Germany and the Asia-Pacific region. After a long career in asset management, van Putten now runs his own consultancy firm focused on asset management operations, product development, business development, and strategy.

“Pieter told me he was humbled by the fact that I was willing to share about challenges on an emotional level,” says van de Loo.

Van de Loo says that van Putten helped him see that he was standing in his own way regarding his career. “I was holding myself back. I thought I didn’t have sufficient knowledge. I was focused on what I didn’t know instead of what I do know,” says van de Loo. Now he thanks van Putten for helping him come to this insight about himself.

Van Putten’s advice to others who are mentors is to continue to participate. For those who are not yet, he says, “As a mentor, you are also able to take something home from the process. Just do it; you will not regret it.”

A longer version of this article originally ran in CFA Institute Magazine.

Rhea Wessel is a freelance writer based in Frankfurt, Germany.