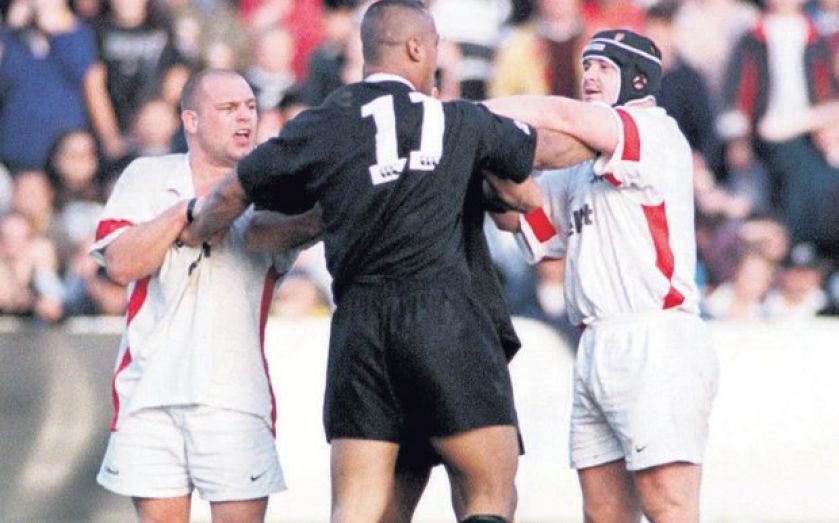 1998: IT IS 16 years since New Zealand won the second Test at Eden Park on England’s infamous Tour of Hell when all seven games were lost, including a 76-0 thrashing by Australia. It’s unusual to see hooker Richard Cockerill (left) and prop Graham Rowntree so close to Jonah Lomu, but England’s front-row clearly think there is safety in numbers when dealing with the powerhouse All Blacks wing. Cockerill is now coach of Leicester and Rowntree a key member of Stuart Lancaster’s England staff.