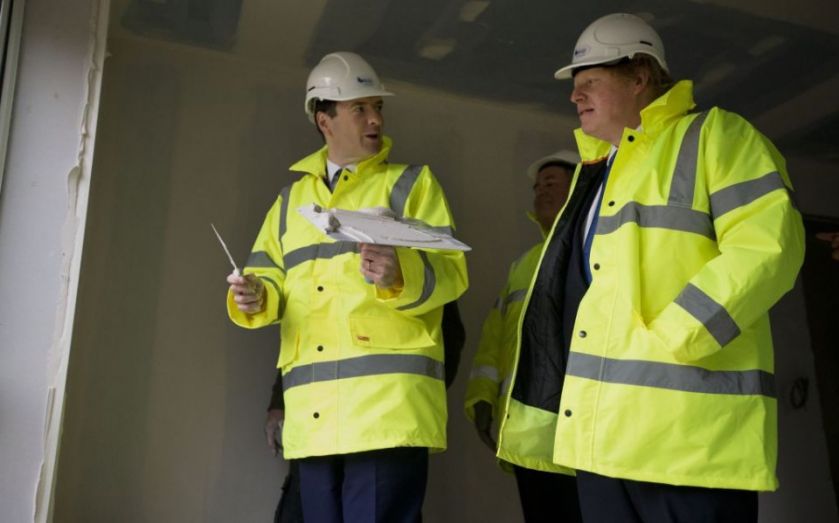 London is just months away from taking tentative steps towards becoming a 24-hour capital, and the government is already planning the next phase.
Chancellor George Osborne and London mayor Boris Johnson this morning confirmed a wider rollout of the 24 hour service across the Tube and Overground lines from 2017.
That will follow the initial launch phase this September, when the Northern, Victoria, Piccadilly, Jubilee and Central lines will start running throughout the night.
That service will the be expanded to the Metropolitan, Circle, District, and Hammersmith and City lines, with the Docklands Light Rail also going 24/7 from “no later than 2021”.
A new 24 hour Overground route will cover the East London Line with services from Dalston Junction or Highbury & Islington to New Cross Gate supporting the Shoreditch area, while the new DLR routes will integrate with the Tube services operating at the same time.
It's not (just) about helping late night revellers get home safely, or because the two are huge Happy Monday fans. The move is part of a six point plan to add £6.4bn to London's economy by 2030 and create more than half a million extra jobs in the next five years.
Transport is “at the heart of its ambition”, which is why wi-fi will be extended to all below-ground sections of the Tube by the end of the next Parliament.
TfL has also been asked to come up with “prioritised proposals” for new projects including Crossrail 2, the Bakerloo Line extension, Old Oak Common redevelopment, the next phase of Underground upgrades, Lower Thames Crossing and East London river crossings.
Decisions on funding will be taken later this year.
Osborne said: “We live in a 24 hour city, and the mayor is going to set out how our plan will deliver a 24 hour tube operation to support it.
“I am also asking the myor to think big about the capital’s long term needs. I want these plans and others worked up, properly costed and prioritised so we can make a decision to go ahead in the government’s spending round this summer.”
Here are the points:

1. Secure London’s strong economic future by setting the ambition to outpace the growth of New York, adding £6.4bn to the London economy by 2030. This is equivalent to £600 more per person if London’s productivity grows at the same pace projected for New York

2. Create over half a million extra jobs in London by 2020 by backing businesses, attracting world wide investment and continuing to raise standards in schools

3. Solve London’s acute housing problem, the number one challenge facing the city, by building over 400,000 new homes – including through a London Land Commission to identify and support development of brownfield and public sector land

4. Deliver £10 billion of new investment in London’s transport over the next Parliament including new tube improvements, better roads, more buses and cycle lanes and identifying the next big infrastructure investment after Crossrail

5. Make London a centre of the world’s creative and commercial life, with new investment in science, finance, technology and culture. This will include a new feasibility study to develop a world class concert hall for London which will be led by the Barbican Centre

6. Give more power to Londoners to control their city’s future, with new powers for the Mayor of London to support economic growth, boost skills in the capital and have more control over planning power.