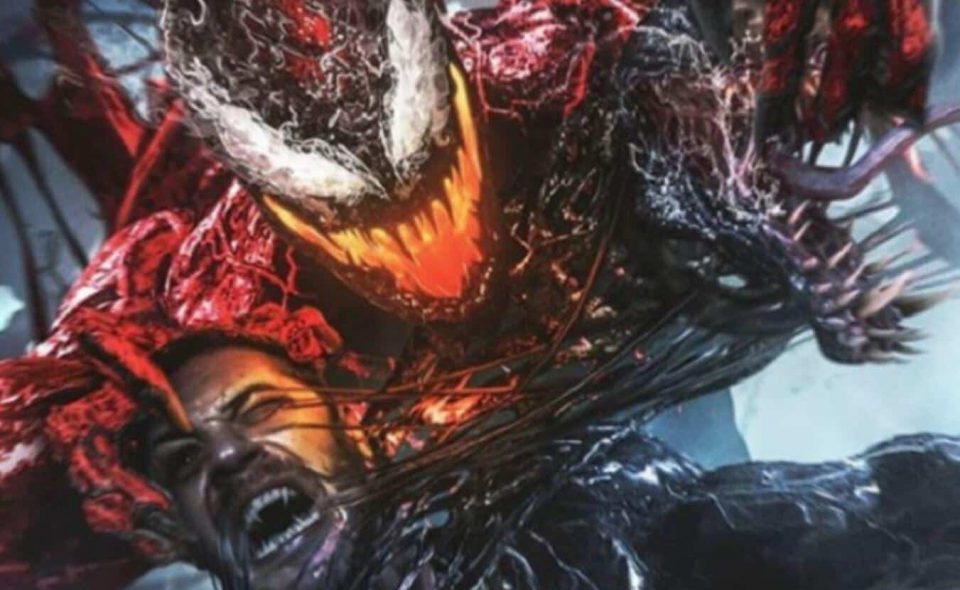 If 2020 had been the plot of a movie, no-one would have believed it. As the pandemic spread its tendrils across the globe, Hollywood’s studios were forced to shut their doors and an entire year’s worth of blockbusters either moved to streaming or were pushed back to 2021.

This year the only thing we can be sure about is that nothing is for sure. We’ve started our round up of the 21 most exciting movies coming your way from March, with the current lockdown meaning cinema doors are closed until at least mid-February.

It goes without saying that all dates are subject to change, but hopefully at some point we will all be safely packing out cinemas to see these blockbusters.

Read more: From James Bond to Glastonbury, we rate the chances of this year’s cultural events going ahead

With the Oscars arriving later than expected this year in April, the runners and riders for the gold statuettes will be looking to build up hype as we get closer to the big night. One of the contenders is this heart-breaking drama about a couple (Colin Firth and Stanley Tucci) taking a road trip as illness threatens to shatter their world. Both actors are tipped for awards glory, and it’s bound to be the movie that raises some interesting conversations about the often-taboo subject of dementia.

Alongside February release Nomadland, Lee Isaac Chung’s Minari is seen as one of the front-runners for Best Picture this year thanks to its heartfelt portrayal of a Korean-American family trying to make it work in 80s Arkansas. This deconstruction of the American Dream has won rave reviews at festivals, and is high on many US critics’ lists for film of the year when it came out last February.

He’s saved the world more times than we can count, but can James Bond save cinema? The postponement of No Time To Die was the first big shock to the film industry last April when we were all wondering how bad things might get (spoiler: pretty bad). One of the first huge blockbusters of the year, many will be hoping his face off against the villainous Safin (Rami Malek) will bring back the big screen spectacle we’ve been missing.

Another title shuffled across the calendar, Emily Blunt, Millicent Simmonds, and Noah Jupe return as a family trying to survive in a world of silence. The much-anticipated follow up to John Krasinski’s surprise hit, which finds its terror in the slightest of movements.

Anya Taylor-Joy (Emma, The Queen’s Gambit) hopes to continue her winning streak as the lead in Edgar Wright’s psychological horror involving one woman’s surreal time travel adventure in 1960’s London. Wright’s first film since 2017’s Baby Driver, it has all the makings of an equally compelling cult classic.

If the scheduling gods smile upon us, Black Widow’s May release will be the first Marvel Universe film in just under two years (the longest gap between MCU films since the two year wait for 2010’s Iron Man 2). We see Scarlett Johansson take the spotlight as we look into the past of her Black Widow character, in a film set before the Infinity War movies, and possibly featuring an appearance from Robert Downey Jr’s Tony Stark.

Godzilla Vs Kong (21st May)

In America, Godzilla Vs Kong is one of the many films included in the controversial Warner Bros/HBO Max deal, but outside of the States it will be a traditional cinema release. Neither the Godzilla movies nor Kong: Skull Island blew anyone away, but have proven to be international crowd pleasers and this clash of movie titans seems to deserve the biggest screen possible.

If there’s one thing that’s proven consistent in the last twenty years, it’s that people love muscular bald men driving very big cars into other big cars. The Fast and Furious movies have a formula that usually involved blowing things up and Vin Diesel mumbling about family. However, who are we to argue with nearly $6billion in box office receipts. The ninth film (tenth if you count spin-off Hobbs and Shaw) sees Diesel go up against his estranged brother, played by wrestler-turned-actor John Cena (Bumblebee, Trainwreck).

Paul Feig’s 2016 remake was fine, but perhaps best remembered for the unpleasant hounding of its female cast members. Jason Reitman, director of Juno and son of original Ghostbusters director Ivan, brings us a sequel to the first two movies that sees Egon’s grandchildren discover his paranormal past, just in time to save their town from unusual happenings. With the surviving original cast returning to help newbies Paul Rudd and McKenna Grace, all the signs are promising for a movie that both serves nostalgia and finds a new generation of fans.

2018’s Venom was fun in parts but overall a listless, noisy jumble. However, it made a lot of money, so director Andy Serkis takes the reigns for a sequel that brings in villain Carnage (Woody Harrelson), as teased in the first movie’s credits. Tom Hardy and Michelle Williams return, joined by Naomi Harris in her second blockbuster of the year after No Time To Die. If Serkis can iron out the first film’s issues, the talented cast can make this something special.

The first of two movies from Tom Cruise, a sequel 35 years in the making. The megastar returns as Maverick, with new recruit Miles Teller playing the son of his late best friend, Goose. Expect lots of impressive stunts, and an aircraft carrier-sized helping of nostalgia.

Speaking of nostalgia, 90s kids will no doubt be dragging their little ones to the sequel to the Michael Jordan live action/animated classic. NBA legend Lebron James subs in for MJ, and must enlist the help of the Looney Tunes to help he and his son escape from a digital world. We’re kind of sad Bill Murray isn’t returning, but Bugs Bunny’s first big screen adventure since 2003 is a comeback worth checking out.

Another 90s revival, Nia DaCosta (Little Woods) is bringing back Candyman (Tony Todd), a vengeful spirit who kills anyone who says his name five times. Co-writing the screenplay with Jordan Peele, and starring Yahya Abdul-Mateen II (Aquaman), it’s an exciting chance to both revisit a horror icon and catch DaCosta before she hits the stratosphere directing Captain Marvel 2.

Death On The Nile (17th September)

Kenneth Branagh and his giant facial hair are back as Hercule Poirot, investigating the murder of an heiress on board a cruise ship in Egypt. Gal Gadot, Armie Hammer, Annette Bening and, er, Russell Brand are among the star-studded passengers who all have something to hide. 2017’s Murder On The Orient Express was a surprise hit, and fans of that film will be hoping this was worth the long delays.

Read more: No more Dry January – let’s do Damp January with wine instead

After decades of development, Denis Villeneuve (Blade Runner 2049) realises a new vision of Frank Herbert’s Dune. While highly anticipated, previous versions have struggled to draw in audiences who often choose spectacle over introspection. However, with a cast that includes Timothee Chalamet, Oscar Isaac, Josh Brolin and Zendaya, all the signs point to a potential sci-fi classic.

It can sometimes be difficult to cast the lead in a music biopic, given the subject is usually so well known. However, choosing Jennifer Hudson to play Aretha Franklin in the story of her life seems like a masterstroke. The Oscar winner has the powerful voice and acting ability to bring The Queen of Soul to life, abilities vindicated by the fact that Franklin herself approved the choice before her death. Expect a story of struggle, strength, and great music.

Mainstream audiences may not be familiar with the Marvel comic book Eternals, but the superhero cinematic universe has made hits out of obscure characters before – just ask Guardians Of The Galaxy. Angelina Jolie, Richard Madden and Kumail Nanjiani star as an immortal race who have secretly lived on Earth for thousands of years, emerging to protect it from an intergalactic threat. With the star power of Jolie, an exciting director in Nomadland’s Chloe Zhao, the brand power of Marvel, this may be a big winter success.

Yep, the same film that had Tom Cruise go ballistic on set last month. Not much is known about the seventh film in the spy series, but you know the score by now. Hunt will probably be saving the world from a new, sophisticated threat, and do a bunch of very dangerous stunts. While the formula is familiar, the last two films were among the best in the series, so consider us sold (we’ll wear our masks, Tom, promise).

An interesting biopic that no doubt will have its eyes set on Oscar season. Will Smith plays Richard Williams, the man who would decide to teach his daughters Venus and Serena Williams to play tennis, starting them on the journey to becoming legends of world sport. Smith has proved his dramatic abilities many times over, but has often resisted portraying shades of grey within his characters. A multi-layered performance at the centre of this fascinating story could secure him that long-awaited Academy recognition.

Steven Spielberg’s adaptation of the Broadway musical casts Ansel Elgort and newcomer Rachel Zegler in the lead as two lovers torn apart by hatred in a 50s twist on Romeo and Juliet. 50 years on from his feature debut Duel, the most famous film director of all time is still challenging himself with a story that will no doubt draw comparisons to the celebrated 1961 version. If he succeeds, it will be another achievement in a legendary career.

18 years on from The Matrix Revolutions, December sees the fourth film in The Matrix saga. Keanu Reeves and Carrie Anne Moss return as Neo and Trinity, but Laurence Fishburne’s Morpheus and Hugo Weaving’s Agent Smith do not. The impact of The Wachowski Sisters’ original films were felt everywhere in the early 2000s, but with almost two decades of cultural and technological changes, do these stories still have a place? Take the Red Pill at the end of the year and find out.