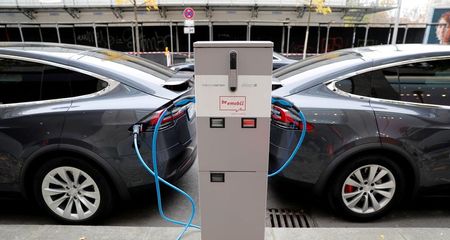 The government is facing a “mountain to climb” to deliver on its ambition to make all cars sold in the UK zero-emissions by 2035, MPs have said today.

Ministers must address the twin challenges of up-front prices for electric cars, which remain notably higher than petrol and diesel cars, and providing enough charging infrastructure to support such widespread adoption.

In a report by the influential Public Accounts Committee (PAC), MPs said that they were unconvinced that the government was currently on track with the latter plan.

And they added that DfT and BEIS will need focus far more on the practical application of this large societal change, and put consumers at the heart of it, if the plans are to be a success.

At the moment neither department has published detailed plans for the transition away from the internal combustion engine.

The government said that it had plans to invest £2.8bn in the sector. It has committed £582m in funding for subsidies for electric vehicles over the next two years, and has already installed 23,000 charge points with the help of industry.

Figures from the Society of Motor Manufacturers and Traders (SMMT) showed that in 2020 just 11 per cent of all new cars sold were net-zero emissions.

MPs said that the government should regularly report on the cost of cars, second hand sales, and the development of charging infrastructure.

PAC chair Meg Hillier MP said: “The Government has a mountain to climb to get to all new cars in the UK emitting zero carbon in the next 14 years: to convince consumers and make the cars appealing, to make the car industry environmentally and socially compliant, to build the necessary infrastructure to support this radical shift and possibly biggest of all, to wean itself off carbon revenues.

“Yet once again what we’ve got is a Government throwing up a few signs around base camp – and no let-up in demand for oversized, petrol- guzzling vehicles.”

In March the government slashed a subsidy scheme for customers trying to buy electric cars from £3,000 to £2,500, to the disbelief of the industry.

The DfT said that the move would enable the funding to last for longer and help more people buy EVs.

A government spokesperson said: “We’ve got a highly ambitious and world-leading approach to increasing the uptake of zero emission cars, and the progress we’re making in this area will help us to meet our targets.

“Already, we’re investing £2.8 billion in helping industry and drivers make the switch – and will continue our work to install thousands of chargepoints and boost the development of new technologies to meet our goals.”

Mike Hawes, SMMT Chief Executive, said: “The automotive industry shares government’s ambition for an electric revolution, a transformation that has already begun. However, as the Public Accounts Committee has made clear, we need a comprehensive and holistic plan to get us there in time.

“That plan must convince consumers to make the switch, it must provide the incentives that make electric cars affordable for all, and it must ensure recharging is as easy as refuelling – which means a massive and rapid rollout of infrastructure nationwide. Now is the time for government to match its world-leading ambitions with a world-class policy package.”