A record prize worth £400,000 is on offer to the winner of the 2018 World Darts Championship, making it the richest tournament in darts.

The Professional Darts Corporation (PDC) boosted its total prize offering to £1.8m for the tournament currently being played at Alexandra Palace in North London, after putting up £1.65m at the 2017 tournament. 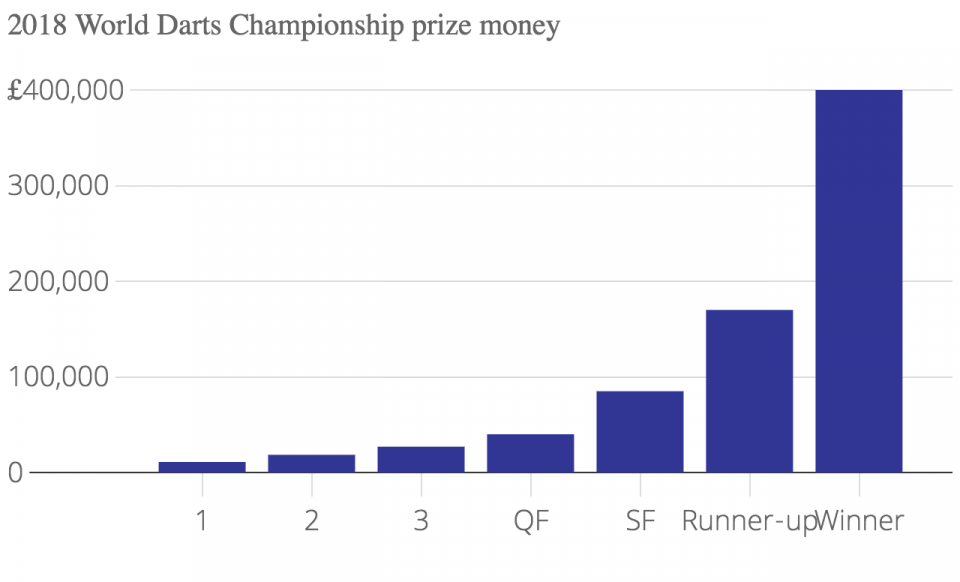 For Taylor, competing in his final event before he retires from an illustrious career which has included 14 World Championship titles, the perfect final act will see him exit the sport having earned just under £8m in prize money.

As it stands ahead of the semi-finals, Taylor has amassed £7.5m in total earnings.

The 57-year-old is the highest earning darts player in history, with 28-year-old Van Gerwen behind him on £5.5m. 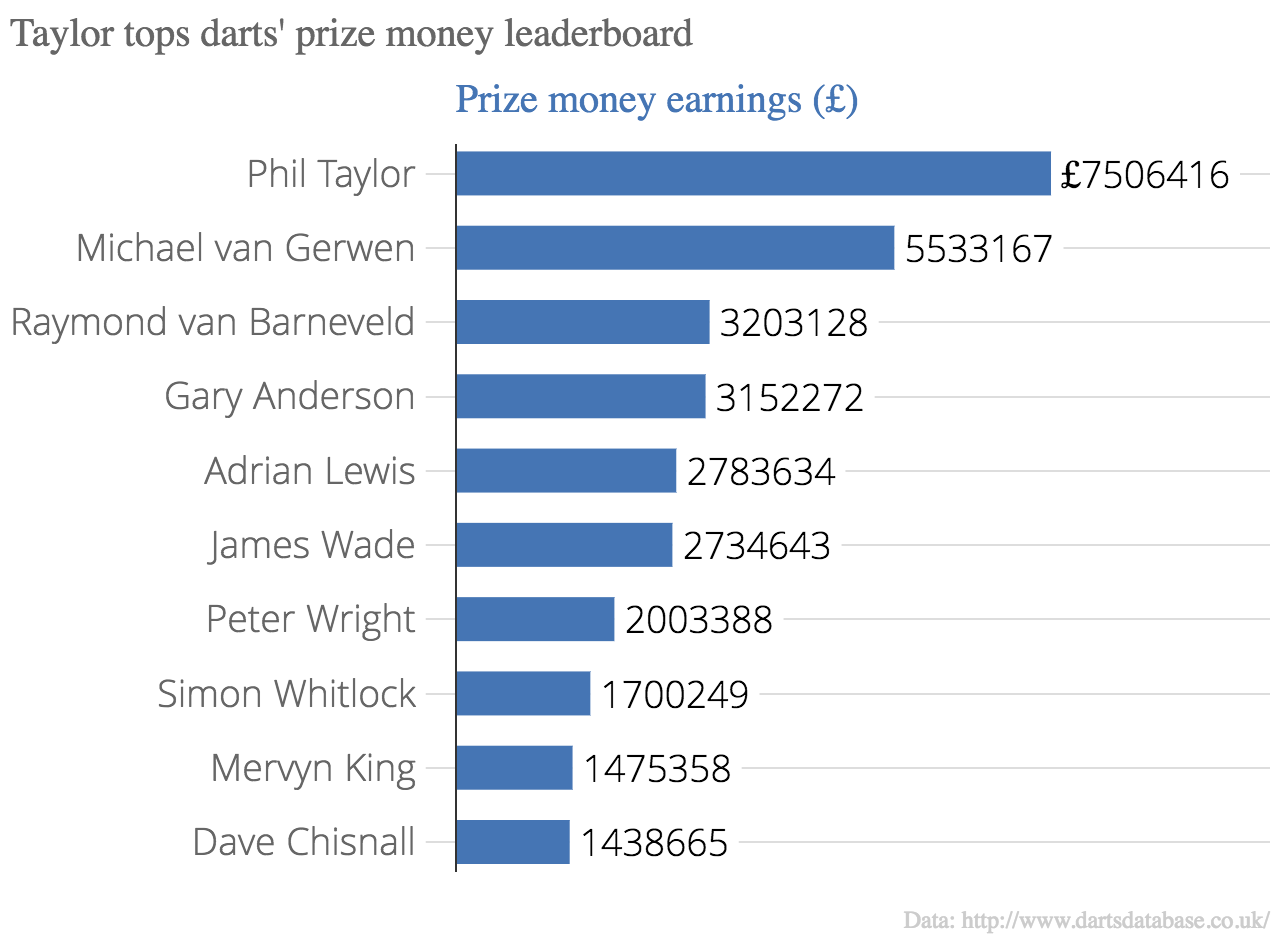