£100bn gamble to save UK economy 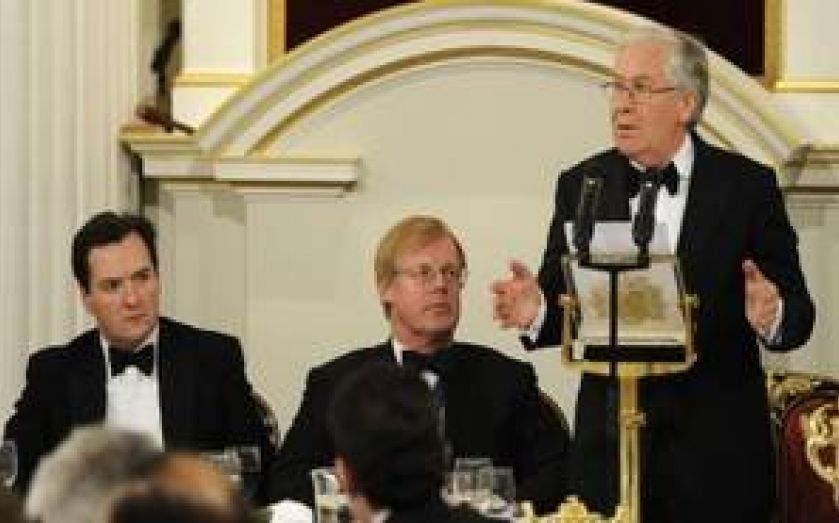 EMERGENCY measures to try to kick start an economic recovery were announced by Sir Mervyn King and George Osborne at Mansion House last night, aiming to pump cash into the financial system and boost lending to businesses. The printing presses are set to be switched back on at the Bank of England as King warned the economic outlook had deteriorated rapidly in the last four weeks. The Bank’s governor added: “The Eurozone’s crisis has created a black cloud of uncertainty hanging over our economy, with a paralysing effect.” Under a new £80bn plan launched jointly by the Bank of England and the Treasury, banks will be able to swap loans to individuals and firms for high quality government bonds, as long as they promise to lend out this cash at cheap rates. Meanwhile King promised to “provide banks with whatever liquidity they require”. At least £5bn a month will be injected through the activation of an emergency liquidity scheme designed to combat “market-wide stress of an exceptional nature”. The liquidity injections will run for an unspecified period, thought to be three months or more. And the Bank of England’s new Financial Policy Committee (FPC) will now have to focus on growth as well as financial stability, which may lessen the pressure on banks which are currently being forced to cut lending and build up capital buffers. Giving his strongest hint yet that more quantitative easing (QE) is on the way, King said “the case for a further monetary easing is growing.” He argued against the Bank buying corporate debt, instead favouring increasing the £325bn pile of government bonds it has bought so far. The Bank of England governor said those who doubted the impact of “further monetary stimulus in present conditions” are “too pessimistic,” and added “further easing and attempts to lower bank funding costs are not alternatives. We can do both.” But as QE has failed to boost lending sufficiently so far, the Treasury and Bank announced the plan to swap loans for gilts, so long as banks then increase lending. The scheme will be open for the next 18 months and the Bank of England will hold the assets for up to four years, exchanging them back to banks when, the hope is, the economy will have recovered. Osborne believes it will result in an extra £80bn of lending to firms and households – although there are downsides, with the Bank taking extra risks to back lending. Looking to the longer-term, the chancellor also shifted the new financial regulation regime, giving it an extra objective of supporting the Treasury’s economic policy. Planned as a pro-growth measure, the dual mandate will create “a legal requirement for the FPC to report, for every action it takes, how that action is compatible with economic growth as well as stability.” However, that could be difficult to achieve as promoting stability may reduce lending, hitting growth. King also announced the extended collateral term repo facility will be activated today, giving banks easy access to liquidity. Such liquidity facilities are normally provided at punitive rates to encourage banks to be more prudent, but this liquidity will be priced cheaply, in the Bank’s desperate bid to spark the economy back to life.