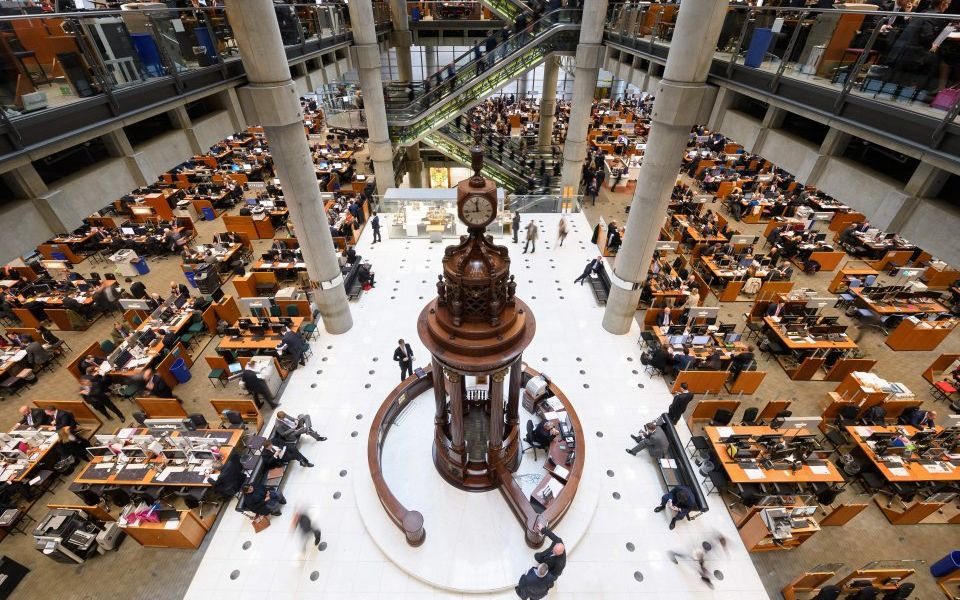 Four years ago, we asked how much an individual would need to invest in order to generate an annual income of £10,000 from corporate dividend payments. Rising yields have allowed us to reduce the amount each year and still meet the income objective, but 2018 proved a stiffer test and requires some explaining.

First, big blue-chip names have proved to be consistently generous dividend payers. None of ours has cut its payout over the past four years (though FTSE 250 stock Galliford Try (LSE:GFRD) did). However, the same is not true of capital values which, although it's not our primary objective, we would prefer to grow too.

In 2018, nine of the 10 portfolio constituents ended the year lower, and many by more than the 12.5 per cent decline suffered by the FTSE 100 index, which had its worst year since the 2008 credit crunch. Vodafone (LSE:VOD) generated great income, but the share price fell by 35 per cent, while Lloyds Banking Group (LSE:LLOY) spent its spare cash on share buybacks rather than a special dividend. Domestic banks remained out of favour, too, and the shares slumped badly.

So, there's proof here, if it were needed, that even a reasonably well-diversified portfolio cannot offer perfect protection from market forces when invested in just one asset class.

A second issue is the annual nature of the portfolio. An investment horizon of only 12 months means that each January offers the opportunity for reflection and the chance to tinker. Even so, we've tried to maintain some consistency, sticking with companies we believe will deliver the required income and limit the risk of capital loss, not just for one year but for the longer-term.

Each year, income generation has largely met objectives, but, despite enjoying a decade-long equities bull market, capital preservation has been more variable: this was a feature not just of last year. The problem is in judging the success or otherwise of any share portfolio between two fixed points in time. Investors looking for great income-generating ideas will find them here, but using any portfolio for more practical purposes requires a longer investment horizon and greater diversification across asset classes. That may be especially relevant as we approach the end of the current economic cycle.

Prospective yield is highest yet

But the clock did keep ticking and, because of that poor fourth quarter, there are now four dividend kings in our portfolio offering prospective yields of around 9 per cent. This means that with a few new faces, and despite some more modest yields elsewhere in the portfolio, the overall yield for 2019 is 7 per cent, which equates to a sum needed for investment of just £143,400.

Biggest holding Lloyds Banking Group fell short on the payout in 2018 after favouring share buybacks over a 1.4p special dividend; despite that move, the share price still sank by 26 per cent. For that disappointment, and with more reliable payers elsewhere in the banking sector, Lloyds is dropped for 2019.

We were seduced last year by Galliford Try's big dividend and turnaround prospects, but Carillion's collapse triggered a fundraise and 10% dividend cut. As Galliford was our joint smallest investment, the impact on portfolio income was relatively modest, but there's only room for one housebuilder in this year's portfolio, and it's not Galliford.

Marks & Spencer (LSE:MKS) did as we asked and paid a good dividend, but the stock is down 22 per cent, and savage conditions across the retail sector could offset any benefits from a long-awaited turnaround.

Lloyds got the nod ahead of its rivals in 2018 on yield alone. It replaced HSBC, but we were too hasty and are recalling the Far East-focused banking giant. Third-quarter profits were better than expected and this global lender is less threatened by Brexit than the domestic banks.

Food retailers haven't had it easy, but the proposed merger with Asda could make this a very special year for Sainsbury's (LSE:SBRY). There are risks, of course – the Asda deal might not even happen – but the grocer did better than rivals in 2018, the Argos business is a great diversifier, and it beats peers both on valuation and on the dividend.

With safety a big theme in 2019, we've also looked to a company that prides itself on providing investors with "long-term, stable dividends, whilst preserving the capital value of its investment portfolio". Renewables Infrastructure Group does this by investing in renewable energy infrastructure assets in the UK and Northern Europe. It doesn't set its target dividend for the year until next month, but we've assumed it will be no less than last year's 6.5p.

Our decision in 2018 to run BP (LSE:BP.) rather than Royal Dutch Shell (LSE:RDSB) proved a sound one. There's never much between them, but BP outperformed its rival on all counts, so we feel vindicated. In terms of valuation and yield, BP is still marginally cheaper and offers a fractionally better dividend, so there's no change for our oil exposure in this year's portfolio.

Investing heavily in GlaxoSmithKline (LSE:GSK) also proved a wise choice, as it became our star performer of the past 12 months. The drugs major was the only portfolio constituent to post a gain – up 10 per cent – and also delivered on its promise to pay an 80p dividend for the year. Its agreement in December to break up the business over time, while also renewing a promise to keep the annual dividend unchanged in 2019, only reinforces our faith in Glaxo. “If it ain’t broke, don’t fix it,” they say, so we’re keeping the biggest contributor to annual portfolio income in what is traditionally a defensive sector.

Legal & General (LSE:LGEN) has proved more resilient than most within its sector, and remains another solid candidate for the income portfolio. There are concerns about fee margins near-term and around underlying cash generation, but there are so many longer-term drivers underpinning the business case – increased pension and savings demand, as well as an ageing population – that the dividend should remain safe.

Imperial Brands (LSE:IMB) has a great track record of dividend growth and is expected to keep increasing the already mammoth payout in future. Ethical investors might not like it, but income-seekers will find Imperial’s steady earnings and free cash flow hard to resist. Last year's launch of a pod-based vaping device called myblu has generated lots of interest, and Imperial expects the benefits to become clearer later this year. The early signs are promising.

Housebuilders lost the income portfolio money in 2016, made it back with interest in 2017, and then gave it back again last year. However, the dividend income from the housebuilding sector has been consistently good and, try as we might, it's proved impossible to ignore in 2019. That said, because of political risk around Brexit, we're investing less in Barratt Developments (LSE:BDEV) this year.

Utilities are traditionally a defensive sector, but the risk of nationalisation linked to Brexit and a possible Labour government is a potential fly in the ointment for these stocks in 2019. Last year was complicated for portfolio stock SSE (LSE:SSE) too, with a profits warning in September and the recent decision not to merge its Energy Services business with National Power. Nonetheless, an attractive five-year dividend growth plan secures SSE's position in the 2019 portfolio although, like Barratt, we're investing conservatively.

Finally, and despite being responsible for the portfolio's largest capital loss in 2018 at £7,000, investor favourite Vodafone (LSE:VOD) keeps its place this time around. The company has already spelt out how it will keep paying the current dividend; cost cuts and growth underpin confidence in the equity free cash flow; the cost of buying spectrum bandwidth needed for new services such as 5G should not exceed the historic average; and acquisition of the Czech and German assets of US telecoms business Liberty Global (NASDAQ:LBTYA) will build cover for the dividend. It seems the worst is over.

Full performance can be found on the company or index summary page on the interactive investor website. Simply click on the company's or index name highlighted in the article.

Details of all recommendations issued by ii during the previous 12-month period can be found here.