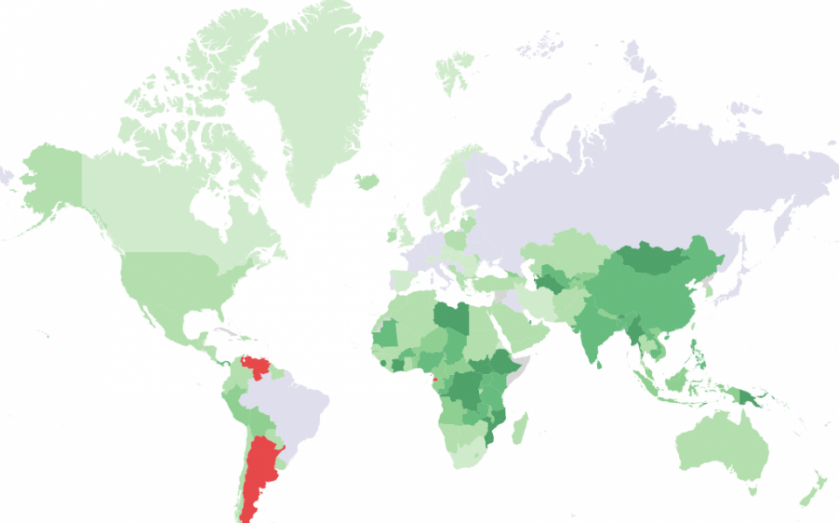 It wasn't great news from the IMF this week.

Global growth looks weak, the Eurozone faces the prospect of a triple-dip recession, and hovering over the single-currency zone is the spectre of deflation.

In its half-yearly report, (which also showed China to have a bigger economy than the US for the first time) the IMF said it expected global growth to be 3.3 per cent in 2014, 0.1 percentage points greater than the UK's predicted rate of 3.2 per cent and 0.4 percentage points lower than it predicted in April.

That rate will pick up to 3.8 per cent in 2015, but it is shrinking with every estimate: it was four per cent in July.

There are several threats to short-term growth. Russia's designs on Ukraine, the crisis in the Middle East, and disinflation turning into deflation in the Eurozone.

You can use our interactive map to explore how different countries are expected to grow in the years to come. Click on any country to reveal the IMF's predictions for its GDP growth compared to that of the UK and the world. Shaded areas in the graphs represent the crisis years (red) and the future (blue).

Red countries are expected to be in recession next year while mauve countries look set to have slower growth than the UK's 3.2 per cent.