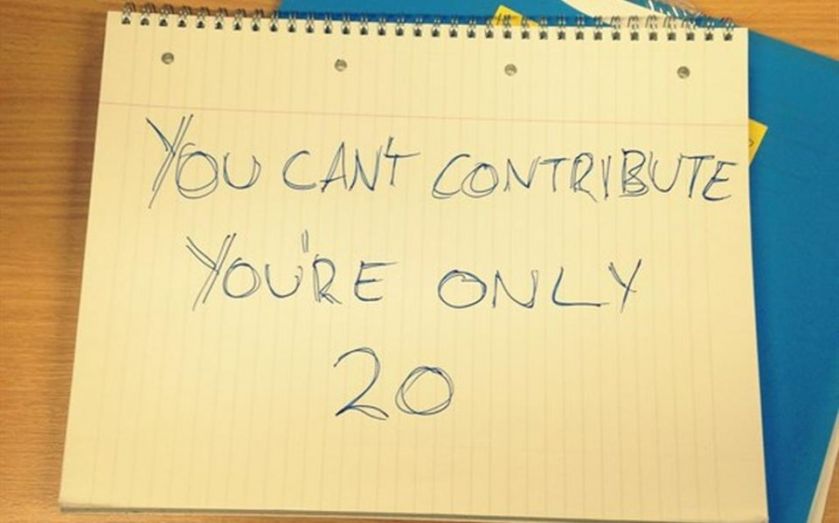 “In many respects, women are people too.” “Bisexuals are just greedy.”

What’s the most offensive comment you’ve overheard at your office? Solicitor firm Thomas Mansfield asked this question in a survey and responses came pouring in.

An image campaign of some of the worst responses illustrates that workplace bullying is a big problem. According to the study, it’s even on the rise.

Discrimination based on age, gender, sexuality or disability is against the Equality Act, but despite this, complaints of harassment even on these protected grounds are rife, according to Meredith Hurst, partner at Thomas Mansfield:

To see many of these broken on a day to day basis is unbelievable in an evolved office environment.

The comments collected in the survey are just anecdotal. But figures released today show discrimination remains a common issue, as over half of UK women experienced sexual harassment in the workplace.

The survey shows that workplace bullies are happy to jump on any characteristics to attack: from height to wealth and even eating habits.

Meredith Hurst said that even if comments that don’t amount to harassment in the legal sense can cause businesses trouble:

Offence of any kind in the workplace, can create a toxic and unpleasant environment, affecting staff morale and productivity.

Employers who fail actively to deal with the perpetrators of bullying, and the underlying causes of conflict, will undoubtedly experience high staff turnover.

Bullying could be costing businesses dearly, as US figures suggest harassment costs roughly $22,500 per person, mostly because of lowered productivity.