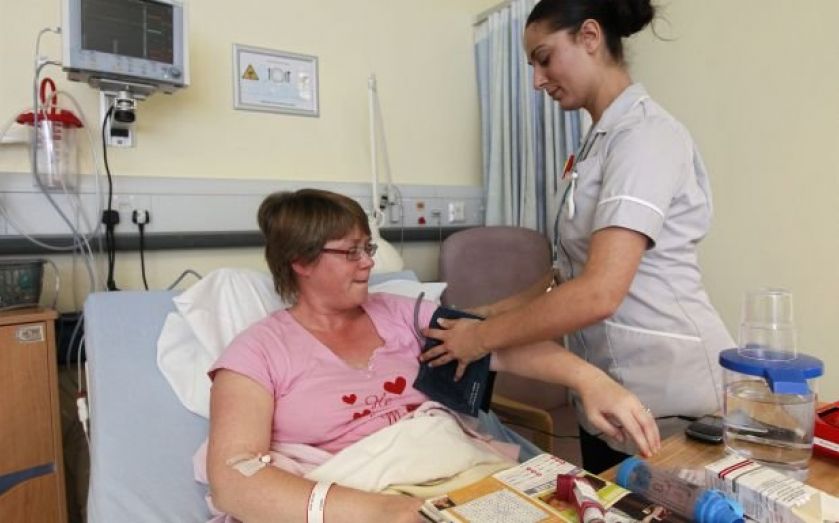 A wearable patch which is the size of a plaster could revolutionise the way that patient health is monitored in the UK, reducing pressure on NHS staff.
Powered by batteries, the wireless patch sticks to the surface of the chest just above the heart. It monitors a patient's body temperature, heart rate and breathing rate while leaving them completely free to move around.
It then transmits the health data to the hospital's IT system, updating it every couple of minutes. This removes the need for staff to physically carry out the tests, since hospital staff can monitor them simply by checking to see readings fall outside pre-set levels on the main system.
This would relieve the staff of a significant amount of pressure since such tests can sometimes take hours to carry out in person, depending on the patient's condition. It also means that the equipment usually needed would not be required.
The fact that patients can move around freely is also a significant benefit, since it minimises the risk of complications such as infections, and helps patients to recover so that they can go home as quickly as possible.
The technology was developed by the British firm Sensium Healthcare, and each patch costs £35 to create. It lasts for five days, which is long enough for most hospital stays.
A study published in the British Medical Journal in 2012 showed that almost 12,000 hospital deaths in England could have been prevented. In nearly a third of these cases, problems with health monitoring were a contributing factor.
The patch is currently being trialled in a hospital in Brighton, but Sensium is also holding talks with 20 others.
According to the BBC, tests so far have shown that the patches provide early detection of deterioration in about 12 per cent of patients who wear them.
The plan is not to completely replace in-person checks, but rather to reduce the need for them. "Anything which helps that process has to be a good thing. However, we also know that there is no substitute for having enough staff with the right level of skill on every ward, able to give each and every patient the care and attention that critically ill people need," Dr Peter Carter, chief executive of the Royal College of Nursing, told the BBC.
Share:
Tags: NHS