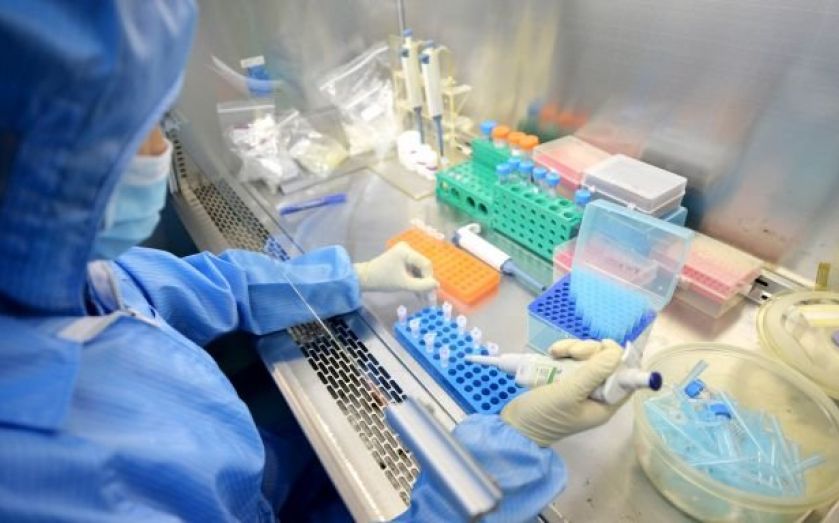 Scientists have made a discovery that could help them develop a cure for all strains of the Ebola virus – a crucial step in preventing future outbreaks of the disease.
Ebola kills between 50 and 90 per cent of those it infects, and outbreaks have been occurring with increasing frequency in recent years. The epidemic currently raging through West Africa has killed some 3,400 people so far, according to estimates by the World Health Organisation (WHO).
Two days ago, a nurse in Madrid fell ill after treating two infected Spanish missionaries. This was the first time the disease was contracted outside of Africa since the epidemic began in February.
As it continues to spread, the need to find a cure for Ebola is becoming more urgent. But all treatments under development are able to attack only one strain – the Zaire strain, currently wreaking havoc in West Africa.
Now, biochemists at the University of Utah believe they have found a way to target all five known strains of the virus. They have done this by identifying a specific "region" consistently present on the virus and imitating it using a “peptide mimic”.
In a paper published in the journal Protein Science, the researchers describe how this highly conserved molecule controls the virus's entry into the human host cell and initiates infection. It is therefore critical to its functioning and ability to infect humans.
Now that the molecule has been identified and replicated in vitro, drugs can be developed to target its functioning by conducting experiments on the peptide mimic. In particular, the researchers believe it will help in the development of mirror-image peptide inhibitors (D-peptides), which are promising drug candidates – these inhibit the peptide's activities so it can no longer do what it needs to infect a person's cells.
D-peptides are both simpler to create and less expensive than other methods for targeting viruses, such as using antibodies.
"Although the current push of clinical trials will hopefully lead to an effective treatment for the Zaire species causing the present epidemic, the same treatments are unlikely to be effective against future outbreaks of a different or new Ebola species,” said Dr. Eckert, a lead researcher in the study.
“Development of a broadly acting therapy is an important long-term goal that would allow cost-effective stockpiling of a universal Ebola treatment."