Is this market losing its marbles?

Why your ethical fund may not be so ethical after all 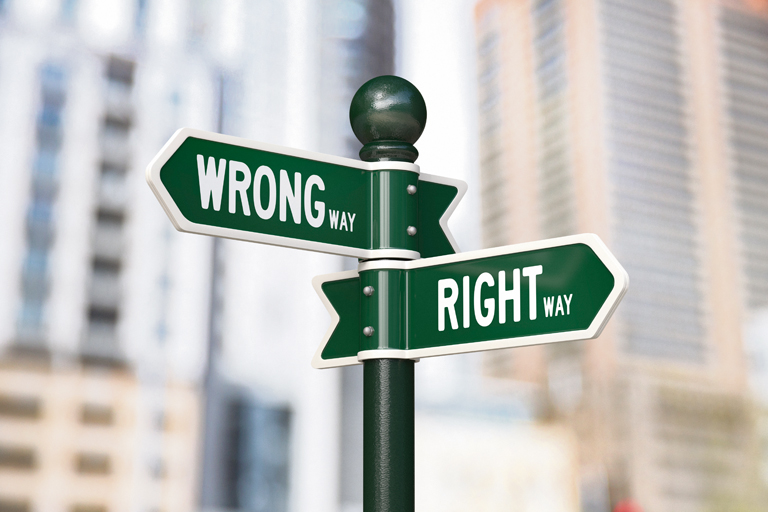 The launch of an ethical investment fund used to be a far rarer occasion than it is today. Around 21 ethical funds have been launched in the UK already this year, according to exclusive figures given to City A.M. by research house FE.

Compare this to 2014, when just seven ethical funds were launched all year.

FE also grouped 197 funds in the ethical/sustainable basket, a figure which has more than tripled in a decade. Of these funds, 13 ethical funds are now between £1bn and £6bn in size.

This growth is unsurprising, as asset management companies have sought to meet demand from an increasing number of ethically conscious investors. But while the rise of socially responsible investments is positive, there are concerns about whether some funds are as ethical as they claim to be.

Indeed, some industry figures have expressed concerns that certain companies have jumped on the ethical bandwagon without really committing to the cause.

Resting on your morals

The analysis also pinpointed funds that were not as ethical as perhaps they should be. The fund with the lowest score of 2.5 was the Aberdeen Standard Investments (ASI) Global Ethical Equity fund. Ethical Consumer gave a number of reasons for this low score.

First, while the asset manager appears to commit to environmental, social and governance (ESG) stewardship, it was criticised for having no future quantifiable targets, or independent verification for its reporting. Second, the company was found to have no commitment to carbon footprinting its investments, and had unclear targets for engaging on climate issues with companies.

When City A.M. reached out to ASI for comment, a spokesperson from the firm said: “ESG consideration forms a fundamental part of the research that we do on all companies in which we invest. We have a central ESG function identifying the most material issues globally and across asset class, ensuring that we have targeted engagements with companies where needed.”

ASI wasn’t the only culprit, however, as the research gave a number of other funds a low score of 3.5, including the Scottish Widows Ethical, L&G Ethical, Quilter Cheviot Climate Assets, and Kames Ethical Equity funds.

Many of these funds were marked down for having exposure to companies that aren’t environmentally friendly or which excessively remunerate their directors. Indeed, the L&G fund’s most recent factsheet points to a 5.1 per cent holding in oil and gas company BHP Group, while the second largest holding in the Kames fund is Coca-Cola, which has a questionable environmental record.

The difficulty for consumers is that asset managers don’t tend to share their full list of holdings, meaning ethically-minded investors aren’t always aware of all the companies that they are buying into.

“Ethical Consumer’s analysis proves greenwashing is alive and kicking,” says Lisa Ashford, director of Lendahand Ethex. “We see the words green, ethical, or sustainable attached to some funds, but when you look under the bonnet, you see companies associated with fast fashion, environmental damage, or dubious employee rights.”

She argues that financial companies which make investors believe that they are abiding by ethical principles are like wolves in sheep’s clothing. “Competitors would complain if a fund said it was performing better than it was, so why is a fund’s ethical approach no different? Many customers don’t have the time or knowledge to understand the facts, and they’re increasingly being misled.”

Coming out in the greenwash

There are really two interlinked problems here. One is that there is no industry-wide standard that funds have to meet in order to be allocated into the ethical basket. The other problem is that setting an ethical standard is difficult because it assumes that everyone’s values are the same.

Meg Brown from Impax Environmental Markets says that the term “ethical” is often mis-used, and may not be a helpful label when it comes to identifying funds, partly because the “ethics” of a fund can be very subjective. She also warns that the way funds are badged can cause confusion, with terms such as ethical, sustainable, and environmental often being used interchangeably.

The good news is that there are a number of initiatives underway which aim to clarify the labels that funds use, with the Investment Association (IA) currently consulting on the issue.

But James McManus, head of ETF research at Nutmeg, argues that there needs to be a more collaborative approach across the investment industry to define exactly what criteria funds need to meet to be ethical. He points out that the IA mandates that you have to maintain a certain level of income to be within the Equity Income sector, and yet you are not required to reduce the carbon footprint of a portfolio by a set amount to be within the ethical classification.

The rules and classifications need to be more rigorous to root out anyone who is greenwashing, which undermines confidence in financial products.

Led up the garden path

So what are the warning signs that you should watch out for?

As already mentioned, it is incredibly difficult to compare ethical funds when providers are less than willing to supply a complete run-down of all the investments in the fund.

With this in mind, you should steer clear of providers that will not provide you with a full list of holdings, because it’s more than likely that they are masking companies which don’t tick all the ethical boxes.

McManus advises investors to be wary of funds that don’t have any concrete outcomes. “When people say that there is a climate change focused fund, what are the data points that they are using to tangibly show that’s what they are achieving for investors?

“If you have a high dividend strategy, you’d expect to know what the dividend yield is – yet we have lots of sustainable funds which don’t commit to reducing the carbon footprint beyond a certain level, or provide any tangible data points which show the outcomes.”

That’s not to say all businesses are being disingenuous, and indeed McManus points out that governance has always been a strong part of active management. “But the starting point has to be some clear transparent frameworks to allow consumers to better align themselves with the funds.”

Brown echoes this, saying the key consideration for investors should be the reporting that a fund is able to provide. “The majority of reporting is still (as it should be) focused on financial performance, but if a fund claims to have impact beyond this, it should provide empirical evidence to support this claim,” she says.

This information should be granted to prove that the fund delivers on the promises it makes.