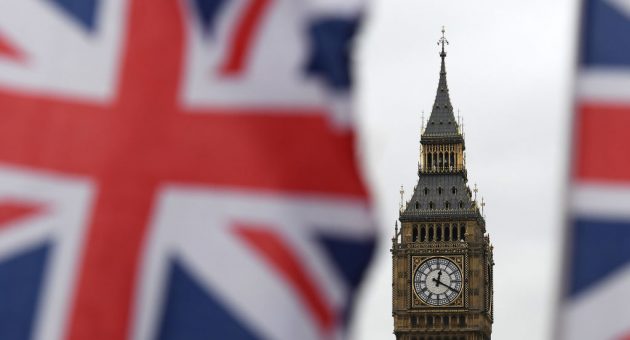 Why the future of London's black cabs is green

London stands out as a beacon for cities all over the world. It is a city built on the strength of the diversity of its peoples, businesses, architecture and infrastructure in a process of reinvention and renewal that almost uniquely, successfully melds the old and the new.

With just over a month until voting day for London’s next mayor and members of the London Assembly, Londoners have the opportunity to have their voices heard as part of that process of renewal. That is why today, for the very first time the collective voices of the London taxi trade – cab drivers, tech companies and the manufacturer – have come together to launch an action plan for the future of the black cab.

London’s black cab service is acknowledged to be the best in the world. Yet it will only remain number one if we commit to making the best even better and future proof the service for London. It must become faster, smarter and greener if it is to remain competitive. That means improvements in service, securing ways to ensure faster journey times across London, continuing to adopt new technologies from apps to contactless, and placing green and clean at the heart of the agenda.

Our action plan looks to address all these areas. However, it is on this last point that the London Taxi Company (LTC) that I lead, is making the most significant contribution.

Watch: London cab group's campaign for the new Mayor of London to support the trade

Now owned by Geely Auto, a leading Chinese car maker that also owns Volvo Cars, LTC is investing almost £300m in a new factory and a new vehicle at the same time as creating several hundred jobs in Britain.

London will be the first city to experience this revolutionary new taxi, however, for a company reborn under Chinese ownership the mutual benefits of this investment and transformation are clear.

Our worlds, our expectations and our cities are changing. We are living in the era of the mega-city. By 2045, the UN projects that six billion people will be living in cities, with a population boost of almost 2.5bn over just three decades, and that the vast majority of that growth will come from leading cities in China, India and the emerging economies.

Read more: This is black cab drivers' big plan to save the London taxi industry

With accelerating urbanisation comes new and different challenges. The emergence of new technologies and the sharing economy, alongside population growth, means that we will see a move away from car ownership to ride sharing and more efficient, reliable and tailored forms of public transport.

It is clear that the iconic, 100 per cent accessible, Black Cab has an important role to play as part of the transport infrastructure in this new world. However, if we are to deliver better and more personalised transport in cities, then there remains no greater challenge than that of sustainability, meeting the green agenda and ensuring a better quality of life by delivering cleaner air.

This is where London has both the chance and the need to lead on the global stage. From an environmental and transport perspective London is a victim of its own success. Without effective traffic management, day and night, the city faces gridlock and by 2030 the CEBR/Inrix calculated a $14.5bn cost of congestion to London’s economy.

From an environmental standpoint, as the Evening Standard’s Clean London campaign stated earlier this month, nine thousand people a year are estimated to die prematurely as a result of our poor air quality. This is unacceptable. And, with a projected population growth of almost 30 per cent to 11m people over the next 25 years, this problem could only get worse if it is not successfully tackled.

Read more: The Uber, London taxi, TfL standoff is far from over

This is why we are supportive of the ultra-low emission zone in London and why we are developing a new zero emissions capable Taxi. In the meantime, LTC has already invested in reducing engine emissions in its existing vehicle through its current Euro 6 engine which delivers a significant reduction in NOX emissions.

For the trade and the people of London, however, the new vehicle is just part of the story.

If our taxi trade is to be truly zero emissions with no diesel particulate emissions, then we need the commitment from whoever is the next Mayor of London that they will provide the right support and infrastructure needed as the new vehicle launches by 2018. That means investment in rapid charging points across London and at taxi ranks, fully integrating the taxi into London’s transport policy agenda and continuing to provide support to drivers as they move to the new greener vehicle.

Although LTC and its London taxi are hardly new, having been around for more than 60 years, it is an example of a company reinventing and renewing itself, and uniquely like London, melding the best of the old with the best of the new. The wider trade has also moved forward in recent years, from apps to WiFi, to card and contactless payments coming in October. Bold steps that are all part of our collective commitment to London to ensure that the very best gets even better.

For a company that is becoming cleaner and more productive thanks to Chinese investment, this all adds up to a brighter and more prosperous future. With the right support and policy environment we all have the opportunity to help the taxi trade transform and show that London can again lead the world. That is why the leading representatives of the trade are behind this policy revolution. But, for the London Taxi Company London is just the beginning, our city can become the blueprint for a faster, smarter and greener future. And, where London leads the world takes note and others will follow.