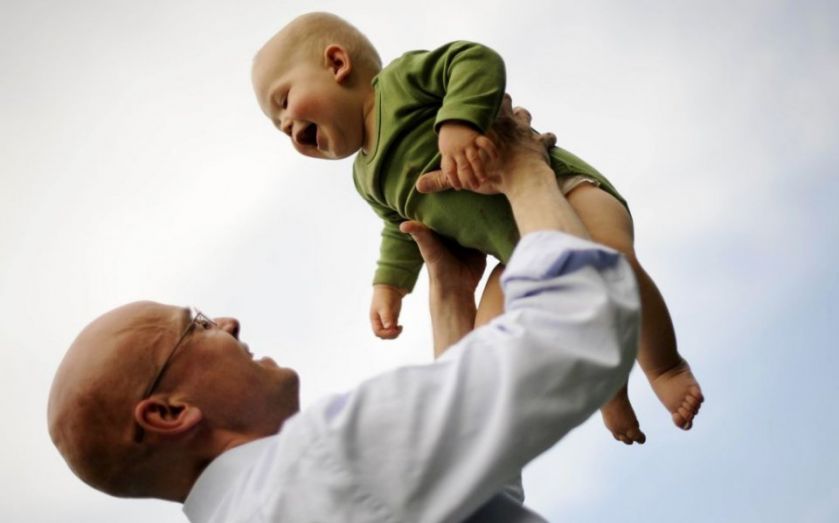 When the government introduced shared parental leave back in 2015, the idea was to encourage more fathers to stay home to care for their young children so that new mothers could go back to work if they want to.

It was hoped that this in turn would go some way to closing the gender pay gap. And yet, take-up of this policy has been dismally low.

According to analysis from the University of Birmingham, only 10,700 new parents took shared parental pay in the 2018-19 financial year. That’s a slight increase from 9,200 new parents in 2017-18, and represents just one per cent of those who are eligible.

It’s very demoralising to have your expectations dashed like that, but there is such a lack of information on what these maternity and paternity pay packages mean in practice

The policy works like this: if you’re having a baby or adopting a child, and provided you and your partner are in full-time employment, you may be able to share parental leave up to 50 weeks in the first year of your child’s life. You can also share up to 37 weeks of statutory shared parental pay between you.

So far, so simple. But it gets complicated when you factor in that most mothers who are employees will get an enhanced maternity pay package from their employer (many will get three months on full pay, three months on half pay, and the rest statutory), while a father typically only gets just two weeks of paternity pay. The maternity or paternity pay packages offered will differ from employer to employer. To confuse things further, shared parental pay covers you for 37 weeks, whereas statutory maternity pay is paid for up to 39 weeks.

So while many couples who are planning a family might assume that shared parental leave means that they can share the caring responsibilities equally, often it still doesn’t make financial sense for them to do so.

Becky O’Connor, personal finance specialist from Royal London, points out that when couples get into the nitty-gritty of their work contracts, they often realise that sharing leave is not so feasible after all, meaning they have to re-jig their plans for that year. “It’s very demoralising to have your expectations dashed like that, but there is such a lack of information and education on what these maternity and paternity pay packages mean in practice,” she says. “It’s not their fault at all for going in slightly blind.”

O’Connor crunched the numbers on this to work out how a couple who each earns £40,000 a year would fare, assuming that they take a full 12 months off between them (so one parent is unpaid from either week 37 if on shared leave, or week 39 if on maternity leave).

For example, if a new mum takes maternity pay on her employer’s enhanced package of three months on full pay, three months on half pay, and the remaining six months statutory maternity leave, with the father returning to work after two weeks, the couple would have a total joint gross income of £56,931 for the first year.

By comparison, if a new dad takes two weeks full paternity pay, then opts for shared parental leave to take sole responsibility for childcare, with the mother returning to work after six weeks, the couple would earn £46,281 between them.

That’s a difference of more than £10,500, even though both parents are on the same salary.

Of course, these aren’t the only two options available to parents who opt for shared leave, as they can choose to be off work together, or stagger the leave and pay. But it does show the difference in financial terms that might discourage women from going back to work sooner.

O’Connor says the “holy grail” would be if the mother and father both have six months fully paid parental leave that they can take at any point in the first year of their child’s life, which means that their joint income would remain the same.

Some businesses are starting to take note. Indeed, last month, asset management giant Standard Life Aberdeen announced that it had introduced a policy to allow new parents 40 weeks of full paid leave, regardless of gender. Other big brands to have launched similar benefits to staff include Vodafone, Aviva, Goldman Sachs, and Diageo.

Meanwhile, a survey from XpertHR found that more than 20.5 per cent of private sector companies offer shared parental pay that is in line with enhanced maternity pay. With public sector organisations, it was at almost 36 per cent.

Without an evolution in parental leave policy, we risk depriving parents of the flexibility that is freely afforded in many other developed economies

For some businesses, particularly smaller companies, the cost of offering enhanced paternity pay to their employees would be prohibitive given that often a temporary staff member must be hired as cover, and there are concerns that employers would have to reduce maternity pay in order to balance it out.

“This would be seen as a backward step, as maternity pay is a hard-won women’s right, essentially, that covers the often greater physical and emotional burden of having a new baby,” warns O’Connor.

It’s a delicate balance to get right. But finding a way to even out the current allowances, without having a detrimental impact on what already exists, needs attention if we are to level the playing field between men and women (a government consultation on parental leave and pay closes on 29 November).

“Despite the UK having a world-leading maternity leave offer, it remains stubbornly below the current OECD average in terms of dedicated paternity leave,” says Marc Waters, managing director of Hewlett Packard Enterprise UK, Ireland & MEA. Indeed, he points out that the two-week paternity pay means new fathers sometimes rely on unpaid leave and holiday days to help support the mother and baby in those crucial first months.

“Without an evolution in parental leave policy, we risk further entrenching inequality in our workforces and depriving parents of the flexibility that is freely afforded in many other developed economies.”

Shared parental leave is a well-meaning policy, but now we must make sure that it lives up to its potential.