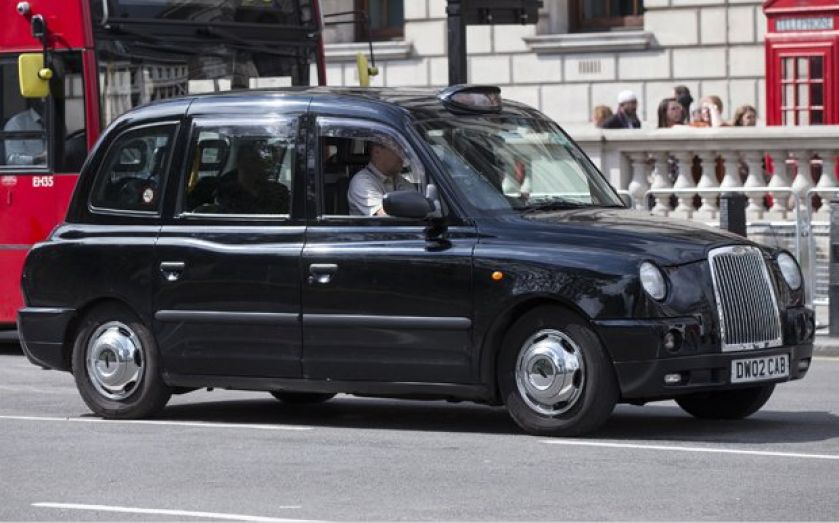 GPS-enabled smartphones and apps have transformed urban commutes more than any technological advancement in the last 100 years, as former mayor Ken Livingstone outlines in a remarkable letter (see below), calling for action to ensure the controlled adoption of disruptive technologies in transport. While trains, buses and cars have evolved in speed and comfort, these were primarily advances in transport automation, in engine and motor technologies, rather than advances in transport aggregation, in the social aspects of how we commute.

GPS-enabled devices have kickstarted many forms of serviced on-demand transport, or mobility services as US investors like to call this new phenomenon. In places like Las Vegas, there are trials for an entirely chauffeur-driven or car-sharing community-orientated city centre, obviously a godsend for any city where many use their own four-wheel vehicles to move from place-to-place, clogging up streets and reducing productivity and quality of life in the process. The opportunity to play a substantial role in the progression of this global trend, which is also making investors the best ever returns in the history of technology startups, is what motivated me to get involved in Maaxi.

What’s Maaxi? It’s is a free journey planning and taxi app, much like Google Maps or Citymapper, but with what I believe is better journey planning as well as more travel options – including seats in shared black cabs alongside normal private black cab rides. The inclusion of the shared taxi option makes public transport a door-to-door proposition for the first time in history.

The system, developed by a team of talented London software developers in a startup warehouse in Farringdon, makes tens of millions of calculations per second in a cloud-based data centre, and matches the A-to-B ride requests of commuters into joint virtual lanes, which are then translated very quickly into daisy-chained rides in black cabs. The system allows rides to be either end-to-end in a black cab, or it combines TfL and National Rail real-time timetables for buses and trains with black cabs to fill voids in the “last mile” of many public transport journeys in London.

TfL commissioner Sir Peter Hendy said only last week that we will face riots if London’s old transport network does not evolve and become cheaper and more efficient. Maaxi fare sharing not only makes the taxi ride cheaper for the commuter, close to the price of subsidised public transport, but also pays the driver much more than a normal taxi ride would pay. This proves the point made by Livingstone that technology advancement does not necessarily need to come at the expense of workers.

In addition, our early trials show that the social experience of riding a Maaxi is closer to that of taking a flight, where people sometimes engage in casual conversations. In that sense, it is the opposite of the cold, disconnected environment of the bus and the train. Maybe this is because, like in air travel, people are identified by an ID when they register for Maaxi and are not random by-passers. In addition, they receive a reputation rating, which prevents them from accessing the system if they disturb others (like in AirBnB or other sharing economy marketplaces).

Or maybe it is the smaller community bubble which makes people more comfortable sharing, in particular when they know the software can match them, if they so wish, with men or women-only, a popular choice in our late night trials. Matching preferences in fractions of a second are things only a cloud supercomputer and smart techies based in London can do. And that is why I am in Maaxi, because what they do is really cool!

Open letter from Ken Livingstone to the taxi trade

I have been using my experience and knowledge of London and its transport system to help launch a new “People’s App” called Maaxi which enables Londoners to share taxis. I support the principles that stand behind Maaxi, principles that have been developed in light of the revolution that smartphones have brought to our transport industry since I left the mayor’s office.

With the introduction of GPS-enabled iPhone and Android devices, easier transport planning and door-to-door transport booking have become more than a reality – they have attracted some of the biggest and most aggressive capitalists in the world including Google and Goldman Sachs. These new technologies should be used to improve Londoners’ daily lives by allowing them to book a taxi from the comfort of their homes or offices, increasing safety and giving more people access to taxis. Sadly the reality is that the technology is being used to hurt passengers by increasing prices via so-called “surging” or imposing minimum fares and hurting drivers by commoditising prices and taking large commissions from taxi fares. This is wrong since Londoners and its drivers deserve better. As you know, my successor has kow-towed to the new entrants.

Whilst competition has its place, there is no place for de-regulation by stealth which hits taxi drivers who have worked for years to acquire “The Knowledge”. This is where Maaxi can help. It benefits taxi drivers by charging no commissions on their normal fares and giving them the opportunity to increase their trade through shared taxi rides which have the potential to double, triple or even quadruple the taxi business in London and cut private vehicle traffic.. This App will provide me with door-to-door transport at a fraction of the cost of a minicab, let alone a taxi, and only slightly more expense than travelling by public transport.

This is truly a “saving instead of surging” revolution, and will allow every Londoner to use black cabs. It is what technology should do for the world and I wholeheartedly support it. It will help London and I hope the taxi trade will promote Maaxi among Londoners and ensure that drivers stand behind a company that has created a “People’s App.” And in so doing stop Uber driving the black cab trade into extinction!