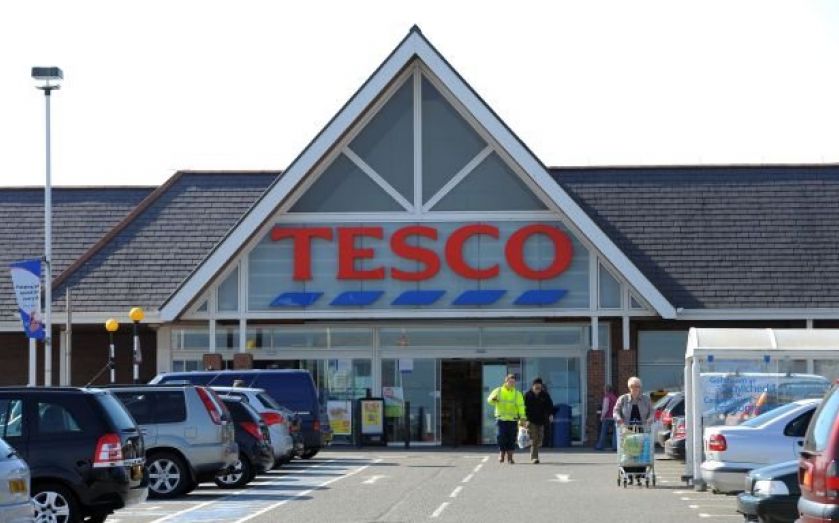 Not only did Tesco's share price hardly move when it was confirmed that the Serious Fraud Office had launched a formal criminal investigation into the supermarket, it actually ended the day higher.
It closed 1.4 per cent up at 173.3p per share yesterday, with the SFO announcement registering as a minor blip in what, compared with the last month, was a reasonable day of trading.
Given how badly Tesco has been performing since it revealed its £263m profits overstatement in September, it's to be expected that some days will see a lift in share price. But have things got so bad that investors pay no attention to news of a criminal investigation?
Analysts suggest there could be a few reasons for it.
Firstly, and perhaps most obviously, is the view that Tesco must be bottoming out. Its share price is now well below a 10-year low, and even with the well-documented fundamental issues eating away at its profits, the gut feeling is that it things can't get that much worse.
As Conlumino's global research director Maureen Hinton told City A.M.:

[The SFO investigation] is obviously not good from the point of view of Tesco's reputation, but that has already been affected, so it's not making the position of the busines any worse.
The assumption is that the rest of the business can only improve from now on, because it's reached such a low point. Starting afresh because so many people are under investigation gives Dave Lewis the opportunity to make some radical changes on the management side.
There might be some ups and downs but you can't see it going down much more – unless something really terrible comes out. I would have thought – though of course it's famous last words – things can only get better.

But Nick Hood, business risk analyst for Opus Restructuring, thinks there could be some other reasons as well.
He told City A.M.:“The share price reaction said absolutely everything – from Tesco's point of view it's less troublesome to be investigated by SFO than the FCA.”
This was for two reasons, he argued.

The market is firstly saying we don't actually rate the SFO's track record, so this is much less worrying adversary than the FCA, and secondly it's more likely to come up with an answer focused on executives, rather than the business.

Hood gave a rather damning verdict of the SFO's investigation, saying it would be “a lengthy,  turgid process, turning on very fine technicalities”, and adding: “If the SFO pushes too hard it will make it much easier for Tesco to defend itself.”
He is not the only person to claim that this probe could be as much of a test for the SFO as for Tesco itself.
Retail analyst Nick Bubb noted that Tesco's share price movement (or rather, lack of movement) “would seem to imply that the City is more wary of the powers of the FCA and doesn't rate the changes of the SFO making any mud stick at Tesco”.
In his daily note this morning, Bubb added:

The beleaguered SFO knows that it has to soon make a success of one of its investigations and presumably weighed up the situation before taking the plunge on Tesco. Whatever happens in the end, it won’t be quick and a prolonged investigation by the SFO over several years is the last thing that Tesco needs.

In case you're wondering, Tesco's share price was down nearly one per cent in the early afternoon.